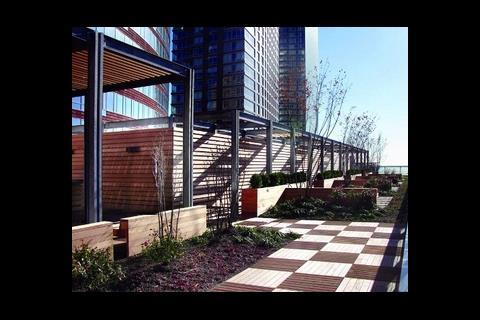 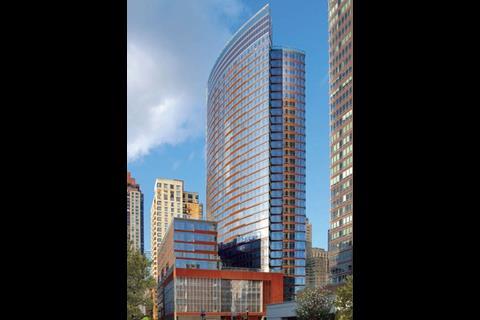 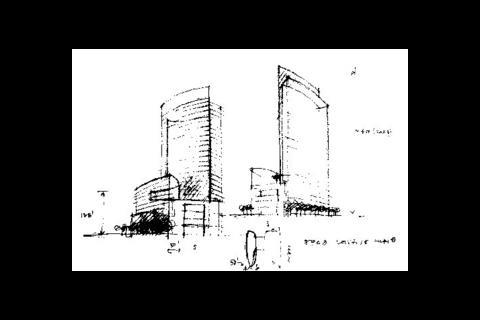 John An, an associate at the environmental consultant Atelier Ten in New York, has just moved into the apartment building that he believes is the ideal place for him and his wife to bring up their new baby.

Selecting a family home is always special but An’s choice was all the more so because the building, called The Visionaire, was one he had worked on. There can be no better endorsement of a project’s design and execution from a building services professional. “I love it,” he says. “It’s fabulous. I saw the whole design process and the construction process.”

And there can be no better endorsement of a building’s sustainable design than a LEED platinum rating, which the tower in Battery Park City duly received. It is the first condominium (apartments for sale) in New York to get the top rating.

Some of the elements that look highly innovative from the UK stem from the stringent environmental demands set at Battery Park City. Nico Kienzl, Atelier Ten’s principal in charge of the project, believes that the greatest innovation is in fact “the level of integration. The facade performance has been matched with the HVAC design. The energy numbers we are seeing are significantly lower than on earlier schemes.”

The building uses 43% less energy than would a condominium that merely complies with the city’s 2004 building code. Much of this, Kienzl believes, is down to the developer, Albanese. The Solaire, one of two apartment blocks it built earlier in Battery Park City, was seen as setting a new standard for sustainable design. The Visionaire surpasses it.

The 33-storey building contains 250 apartments, the four-storey headquarters of the Battery Park City Parks Conservancy, and facilities such as a health club and a grocery. Atelier Ten was involved from the beginning, working with Pelli Clarke Pelli Architects to win the competition.

This and the client’s focus on detail – its project manager was often on-site and personally checked the vapour barrier on every piece of curtain walling – means the building has benefited not only from joined-up thinking but from joined-up delivery. “You can tell from the way the building smells, and from the level of detail, how well it has been done,” says Kienzl.

Roofs at all levels have a mix of planting and high-albedo paving, which has excellent reflectivity and emissivity.

The roofs are well landscaped and fully accessible, providing an amenity for the residents in an intensely developed environment (there is even a lap pool). They have a high R-value (the inverse of U-value) and help to diminish the city’s urban heat island effect. The green roof also slows the run-off of water in a sudden storm, an important part of the water strategy.

The approach taken may seem a little extreme until you learn that the city’s storm water and foul water flow through the same overloaded sewers, so water and sewage overflows into the Hudson River when it rains hard. Battery Park City therefore has a commitment to discharging, as well as consuming, as little water as possible.

Large storage tanks have been installed to collect rainwater. With the attenuation effect of the green roofs, this means there should be no discharge of rainwater from the building, even in a storm of two-year event magnitude, according to the design team’s forecasts.

More unusual is the fact that all the black water (the sewage and other waste water) is being treated on-site, an approach pioneered by Albanese at The Solaire. It is collected in tanks, which occupy about a quarter of the basement’s footprint, and cleaned biologically to a standard that is potable, although it is not used for such applications. Instead, it is used for irrigation and in the open cooling towers of the air-conditioning system. Fear of Legionnaire’s disease has almost eliminated such towers in the UK but they are popular in the US because of their lower energy consumption.

Another important part of the water strategy is the fitting out of the apartments with low-water-use appliances, such as washing machines. Albanese has not used the cheap finishes and equipment that are common in apartments for sale, where it is expected that purchasers will replace them immediately. Instead it has gone for high quality and buyers have been involved in choosing the fit-out, so the low-water-use appliances are likely to stay.

As a result, as well as the building’s load on the sewers being virtually nil, its potable water consumption is said to be at least 40% below the norm. The only trick that seems to have been missed is that the gases from the sewage treatment are vented rather than used for energy generation.

All rooms have dedicated fresh air ventilation, which Kienzl says is unique among New York residential buildings. “Even if the windows are closed, the air quality is high,” he says, which discourages occupants from opening windows and so lessening the benefits of heating or air-conditioning. Similarly, having multiple thermostats in each apartment helps to ensure that no more heating or cooling is supplied than is actually needed.

New York’s climate makes it impossible to achieve a reasonable degree of year-round comfort purely with natural ventilation, but the need for air-conditioning is restricted to about four to six weeks a year at The Visionaire.

The renewable energy strategies on the building seem to be concerned more with the green message they send out than making a big contribution to the energy load. The 400m2 of photovoltaic panels running round the top of the facade provide only 5% (45kW) of the load to the common areas. “In an urban high-rise, there is no way to generate a significant amount of electricity,” say Kienzl, not mentioning the building’s even more tokenistic micro- turbine. Geothermal heat pumps do a little better, providing most of the heating and cooling load for the office space.

It is unusual to have curtain walling on a New York apartment building because of the cost. Normally a built-up system with “lots of cold bridges” is used, says Kienzl. Curtain walling is more costly but gives a better result, particularly with the attention to detail shown by the project manager.

More than 80% of the construction waste was diverted from landfill. Significantly, LEED is more prescriptive than BREEAM about the construction process, and insists on keeping materials dry and not creating dust. The lack of dust or dirt in the ducting helped to produce the sweet smell of success that so impressed Kienzl.