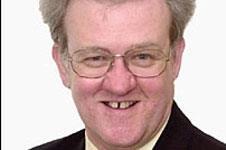 29 major projects have been identified for improvement by 2011

A new multi-billion pound deal to improve transport in Scotland has been announced today.

The Strategic Transport Projects Review, which sets out the investment programme for transport over the next 20 years in Scotland, has identified 29 major transport projects due for investment across the country.

By 2011, it is expected Transport Scotland will deliver £12.5bn investment for transport in Scotland and create 13,000 jobs across construction, road maintenance and the rail industry.

Plans include a toll free replacement for Forth Crossing at a cost ranging between £1.72bn and £2.34bn and a raft of road network improvements to include the upgrade of key highland routes such as the A9, A96 and A82. Improvements will also be made to freight links from the major terminals of Grangemouth, Mossend and Coatbridge to key points across Scotland and into England.

Other major proposals include a £37m rail station at Gogar to provide a link with the Edinburgh tram network and an onward connection for passengers using Edinburgh airport.

The rail network will also be updated to include rail electrification, improvements on the Edinburgh-Glasgow line, a new rail station at Kintore between Aberdeen and Inverness and an upgrade of the Haymarket exchange.

Stewart Stevenson, the Scottish transport minister, said: “The plans I have set out today clearly identify where we as a government see the priorities for investment against a backdrop of increasing pressure on our budget. This is a significant programme of prioritised schemes for delivery and the whole of Scotland is set to benefit.”