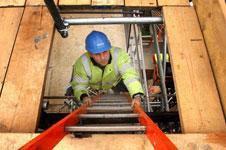 A joint venture between the Homes and Communities Agency and Bellway has been given the go-ahead for the first stages of development for 3,300 homes and two schools.

The applications, submitted to LTGDC in December 2008, marks the delivery stage for the £3.5bn 10.800 home project, which will see a range of homes built over the next 25 years, and is designed to create a community for 26,000 people.

The approval will now pave the way for the construction on the first homes at Barking Riverside, to begin in December 2009, with the first homes ready for occupation as soon as spring 2010.

The site will also see the development of the “Western Quarter”, which includes plans for a day nursery and play space, as well as a new “District Centre”, comprising a new primary and secondary school, polyclinic, and other retail and leisure facilities.

Over 45% of the 2,500 homes proposed in the second stage will be three-bedroom homes, and around 40% of the total area will be open space.

Peter Andrews, chief executive of LTGDC, said: “Barking Riverside is one of very few schemes in east London that delivers family housing rather than flats. It's what the public want and in the current economic environment it's the right thing to be building.

Mick McCarthy, cabinet member for regeneration at Barking and Dagenham council, said: “This innovative development will transform this former brown field site into a vibrant, sustainable community, with mixed tenure housing, increased employment opportunities and a variety of transport to access the area.”