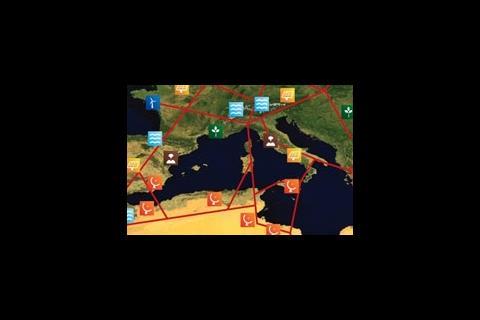 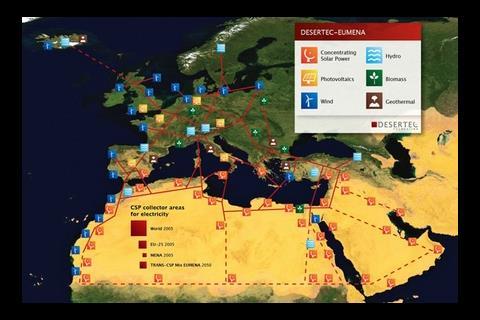 Details of a £400bn plan to create an immense network of Arabian Gulf solar plants to provide 15% of Europe and the Middle East’s electricity needs by 2050 have been unveiled.

The pan-continental electricity “supergrid” being developed by a number of governments through the Desertec Foundation would be powered by a chain of solar farms in the Gulf and North Africa linked to hydro-electric plants in Scandinavia and the European Alps, onshore and offshore wind farms in the Baltic and North Sea, and various marine energy and biomass power facilities.

Desertec has the backing of a consortium of European governments, including France, Germany and Switzerland, non-governmental organisations and industrial corporations.

Dr Gerhard Knies, chairman of the foundation’s supervisory board, said: “Within six hours deserts receive more energy from the sun than humankind consumes within a year.”

A map of Desertec’s plan shows a chain of solar power plants throughout the Arabian Gulf linked by the supergrid to the rest of the Middle East and North Africa and into southern Europe.

A recent study by PricewaterhouseCoopers also argued that Europe and North Africa could achieve “complete independence” from fossil fuels by 2050 and that all the technologies necessary are already in place.

Saudi Arabia is also planning to become a solar energy exporter and is building its first solar powered desalination plant. Qatar is in serious talks with investors to build a $1bn solar power project. Solar projects are also at various stages of planning and implementation in Oman, Kuwait, Syria, Jordan, Iran and Iraq.