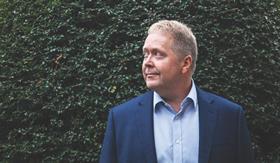 The boss of Galliford Try’s construction arm has said the £120m-plus losses it has racked up building a road around Aberdeen meant the firm quickly ruled out working on Carillion’s stalled hospital job in the West Midlands when asked to run the rule over it.

Carillion was building the £350m PFI Midland Met Hospital when it went bust in January and the job has remained mothballed ever since.

Bill Hocking, Galliford Try’s chief executive of its £1.7bn construction business, admitted the firm was approached by hospital bosses about taking over the job.

But he told Building: “I was asked and gave them a one-word answer. I don’t want to be distracted by trying to recover another bad job. It’s about looking to the future for us.”

Work on the scheme was supposed to have resumed this week with a £13m early works contract due to have been let. But a spokesperson for the Sandwell and West Birmingham Hospitals NHS Trust said this would now be awarded later this month.

The cost of completing the job has been estimated at £319m with the trust admitting last month it had been difficult to find a replacement contractor under the terms it was proposing. A deal with Skanska collapsed in May amid disagreements over who shouldered the risk.

Turning down the deal, Hocking (pictured) told the trust, which has since abandoned its plan to complete the work under a PFI deal and has now asked the government to bail out the job, it would only interest contractors if the client took on the risk to finish the work.

“It would have to be [done on] relatively risk-free terms,” he added, warning the longer the job remained unfinished, the more it would cost to complete.

“To stop a building like that and leave it in limbo for a long time is no good in the first place. It’s worth [the trust] paying a bit more money to keep the job going.” 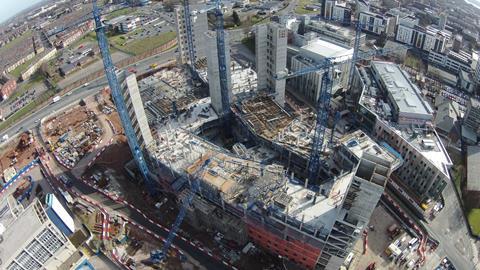 Work on the hospital stopped when Carillion went bust in January

Hocking said its deal to build the 58km bypass around Aberdeen would be completed this side of Christmas with 80% of the route set to open by the end of the month.

The firm has lost £123m on the scheme which was originally let as a £533m lump sum, fixed-price deal to a team that also included Balfour Beatty and Carillion, whose implosion has cost Galliford Try £25m of the £123m figure.

Galliford Try is speaking to client Transport Scotland about recovering some of the losses on the road which was originally due to open last autumn.

Hocking, who admitted the job has been the most challenging of his 30 year career, said the remaining part of the scheme to be finished was remedial work on the Don bridge near Aberdeen airport. ”The good news is the end is in sight,” he added.

He joined the firm three years ago after the deal was signed and said: “We’re not going to do these jobs anymore, the risk profile is just unacceptable.”

The firm has been making margins in excess of 2% on jobs it has taken on in the past two years and Hocking said: “They’re progressing well, we don’t have any howlers.”

Galliford Try yesterday revealed that group pre-tax profit increased to £143.7m from £58.7m thanks to strong performance from its Linden Homes business. Group revenue was up to £3.1bn from £2.8bn. The firm’s construction arm narrowed losses to £29m from £88m last time.