Acoustic testing for schools to be compulsory 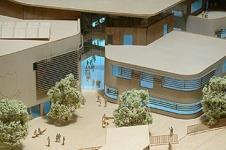 Acoustic testing of new schools will become mandatory under a package of measures announced by the government today.

In a ministerial statement Vernon Coker, minister of state for schools and learners, said that acoustic testing will become a contractual requirement for all new schools built under the Building Schools for the Future (BSF) programme. In addition, any local authorities who have already constructed schools with BSF funding will need to provide proof that the most recent school complies with acoustic standards before further funding is released.

The announcement is seen as a breakthrough by the National Deaf Children's Society (NDCS), who has been campaigning for better acoustics in schools. Brian Gale, director of policy and campaign at the society said: “Evidence shows that good acoustics can also help improve the learning and behaviour of all pupils, and reduce health problems for teachers. They are nothing less than essential for deaf children the majority of whom are now being taught in mainstream schools. We welcome the government's commitment to take action as a result of our Sounds Good? campaign to ensure new schools cater for the needs of deaf children.”

A survey carried out by the NDCS earlier this year found that only one in five local authorities could confirm that their new buildings met the standards on acoustics.

The government will now write to every building control body in England and Wales reminding them of the importance of acoustics and of the need to ensure the proper process is followed for the use of alternative performance standards. The Department for Children, Schools and Families will also publish a design practice note for architects, builders and schools which details the importance of good acoustics in schools.

It was also announced that a public consultation will be carried out next year on an updated version of Building Bulletin 93, the design guidance covering acoustics in schools.