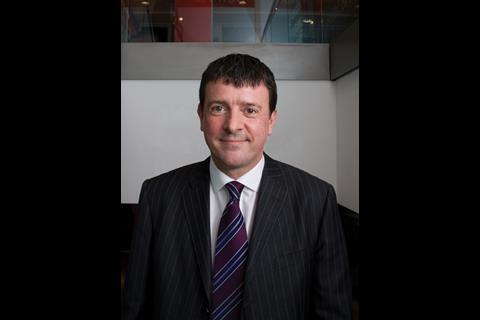 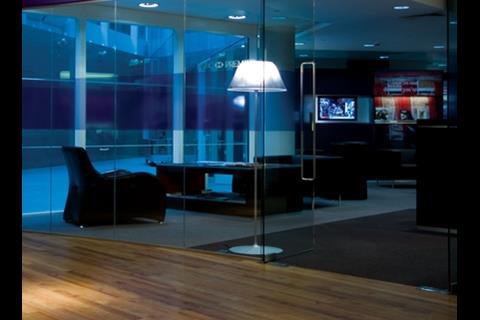 Queen Victoria Street is one of five ‘mega-stores’ trying to consign the grey, impersonal high street bank to the past 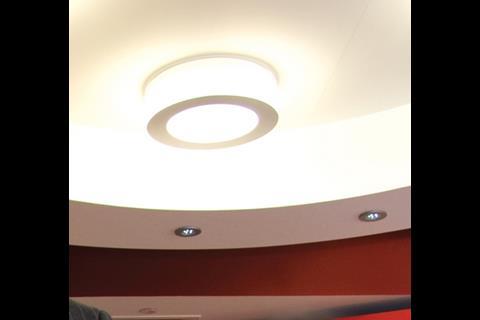 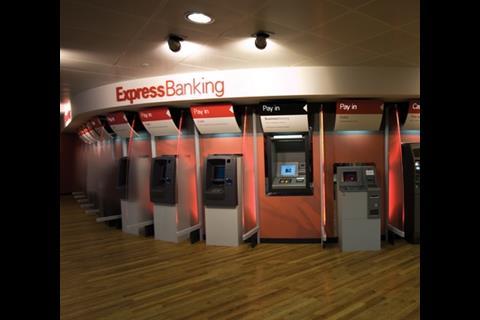 HSBC is trying to make going to the bank as fun as going shopping, with an in-house radio station, executive lounges and armies of helpers to greet its customers. Oh, and with £250m a year to spend, it’s prepared to get its chequebook out …

Remember when you went to your high street bank and found yourself in a trendy wine bar instead? Well, next time you visit you’re more likely to wonder if you’ve stumbled into the Apple Store by mistake.

Financial services is becoming an ultra-competitive market, and banks are deploying acres of advertising space and branding sophistry to differentiate their intangible products from the rest. For their branch networks, this means a dramatic retail-style makeover – and a very attractive financial offering for the construction industry.

HSBC, the world’s second largest bank by market value, is furthest advanced. By the end of this year, it will have upgraded 200 of its 1,500 UK branches, repositioning them as hi-tech “stores”, with rigorous red and black branding and hoards of grinning staff on hand to help. Stewart Sharp, the bank’s head of capital projects, is aiming to refurbish 60 branches a year, and is overseeing an overall spending programme of £250m.

He explains that three years ago, faced with a changing customer base and ageing branch network, HSBC decided to take a “radical” approach to what its branches looked like. “It wasn’t much of an enjoyable experience before. It was quite impersonal, very grey, with lots of bullet-proof glass and queues. Now the feel has become a really big part of store design; it’s very vibrant.”

We meet in one of five HSBC “mega branches” on Queen Victoria Street in the City. The following week it will be officially opened by Michael Geoghegan, the group’s chief executive, and it’s so new that the fumes of paint in the downstairs meeting room are almost overwhelming. It’s a replacement for the old Midland branch around the corner, which exemplified the stuffy traditional image of banking.

One of the most striking differences is how much open space there is, a vast area in the centre – the branch covers 5,000ft2, more than double the usual size. Once past the entrance, visitors find themselves in the “customer contact zone”, a black circular area marked on the floor with little lights, brightly lit from above. There, they are either met by HSBC staff or can use a touchscreen “matchmaker” to summon an appropriate helper. To the left, cash machines stretch into the distance; to the right, a cluster of semi-private meeting areas. Everything is red and very well lit. There’s not a trace of bullet-proof glass to be seen.

HSBC brands itself as “the world’s local bank”, reflected in the new branch designs by the red “latitude line” that streaks across furnishings, signs and literature, and the unlikely collection of travel and art books positioned on the shelves of the Premier lounge. Sharp himself comes from a retail background, and was programme manager of the extension programme at Sainsbury’s. He remembers how they would rush to match rival store initiatives, and foresees that rate of reaction becoming the norm in the banking sector. Many of HSBC’s own initiatives are uncannily similar to retailers’, from the January sales it began in 2005 to the in-branch radio station, pumping out a steady stream of AOR classics.

Sharp says the inspiration for the new-style branch is Carphone Warehouse’s “geek squad” concept. “It’s very interactive and easy to deal with. You can go in and talk to people if you’re having problems with your phone. We all have problems with technology, and finance is the same. It’s always in the headlines and people get worried.”

If the right person presents themselves in the right way, I’d like to think we could find a way of doing some business together

Meanwhile, the new Premier brand is modelled on business-class flying. It even has its own lounge, kitted out in regal purple with expensive-looking brown armchairs. “It’s standard airline practice. If you want a better service and you want to pay for it, that’s on offer. If you’re happy with the economy seats” – he gestures to the red partitioned meeting area – “that’s on offer too.”

Sharp is coy on whether the new look will result in a net closure of branches – he says it’s about repositioning the brand and that might mean moving a branch from a dying town centre site to a new hub. The Queen Victoria Street branch is all new, but in most cases Sharp’s team will carry out an all-out refit of the old branches. “We strip out the whole of the existing bank because we’ve fundamentally changed from 20% sales area to 80%. We have to replace the secure wall between customer-facing and non-customer-facing space.” Like retailers, HSBC doesn’t close branches during the work: contractors must work round customers and staff with minimal disruption.

Sharp says his background in construction – he worked for contractors Mansell and Pettifer, and consultant RG Noble – means he has a good idea of what’s achievable and who can and can’t deliver. “Since I’ve been on the client side, I’ve really noticed the difference in how companies prioritise the customer-facing element. I want them to understand it’s all about finishing the job and leaving the customer engaged. I’m looking for good individuals, regardless of who they work for. I want the best. As I’ve got older I’ve realised the importance of individuals. If the right person presents themselves in the right way, I’d like to think we could find a way of doing some business together.”

As well as the branch network, Sharp’s corporate real estate team is responsible for upgrading HSBC’s datacentres and offices. He has spent £50m since January increasing data processing capacity to meet five-year predictions of demand. This, he says, will buy it time to embark on a 25-year plan, which will be decided in three or four months’ time.

In April HSBC sold and leased back its Canary Wharf headquarters, in a £1.1bn, 20-year deal. “That’s the next thing we’re going to look at once we’ve defined the datacentre programme,” says Sharp. “We’re going to review all our office space to decide what we need to do to reflect HSBC’s requirements for the next 25 years. That’s going to create some tremendous opportunities for UK’s construction industry.”

Sharp is also responsible for the expansion of HSBC’s property network in central and eastern Europe, and he’d be keen to hear from contractors, consultants and suppliers who can work in these regions. “We’re looking for companies that have a credible network in these countries so they’re not going through a learning curve,” he says.

That’s one priority at the moment; the other is the UK branch network and Sharp says there will be plenty of work available. “But they’ve got to have the skills within their team,” he warns. “Quite simply, I want a supplier to deliver the service that I appoint them to do. We’ve become a more sophisticated client and we’re in a better position to tell people what we want. We’ve agreed our brand and now we’re rolling it out. When I engage with suppliers I can say, have a look at this store, that’s what we want. It’s not an evolving brand any more.”

HSBC at a glance

£250m worth of work a year, on branch network, datacentres and offices. Will upgrade 60 branches a year.

Who they work with

“I’ve been quite surprised by the cross-section of contractors we employ,” says Sharp.

“I’m hoping to achieve a complementary blend of the small, more traditional companies, with directly employed guys – where quality is brilliant – and larger companies because I feel they’re more likely to bring in innovation.” Companies they currently work with across the estate include:
Retail Five employers agents provide cost management and project management. Key suppliers are Turner & Townsend and EC Harris. Principle contractors list just reduced from 40 to 14. “But if there are lots of good suppliers out there with good people, we will find a way of interacting with them,” says Sharp. Uses a small number of design consultants, representing every discipline.

Offices “I’m interested in suppliers that work in the corporate commercial market and can deliver quickly,” says Sharp.

What they’re looking for

Best way to approach them

“Anyone interested should write to us at Canada Square. I’m constantly looking. When people approach us we’ll ask them to complete a fairly simple questionnaire.

We ask three things: what service do you provide, where can you provide it most competitively and effectively, and what relevant experience do you have. And most importantly, I want to know the quality of the company’s individuals. I don’t want to see the CVs of the directors or sales staff; I want to see the people who are going to be delivering – the cost managers and project managers and those sorts of people.”