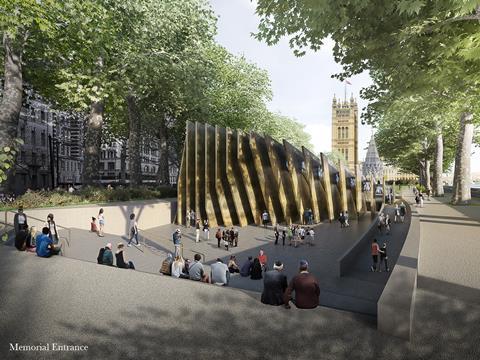 A team featuring David Adjaye has won the competition to design a National Holocaust Memorial in the shadow of the Houses of Parliament.

The firm beat nine others to land the scheme, which also includes a learning centre, will be built in the riverside Victoria Tower Gardens, right next to Parliament.

The scheme is the most high-profile job in the UK for Adjaye, whose previous schemes in this country include a market hall in Wakefield, West Yorkshire, and a library at Whitechapel in east London.

Adjaye said he was “deeply honoured” to win the work with the winning team describing their project as ”a gently meandering path which leads across a gradually rising hill, inviting ascending visitors for views of the river and Westminster. It is then revealed as a cliff edge over a fractured landscape, held up by tall patinated bronze walls which inscribe 22 paths – one for each country in which Jewish communities were decimated during the Holocaust.”

The international design contest was announced by prime minister Theresa May last September and attracted almost 100 entries from 26 countries.

The government has pledged to cover the cost of the scheme which the UK Holocaust Memorial Foundation has estimated will have a total project value of £50 million. 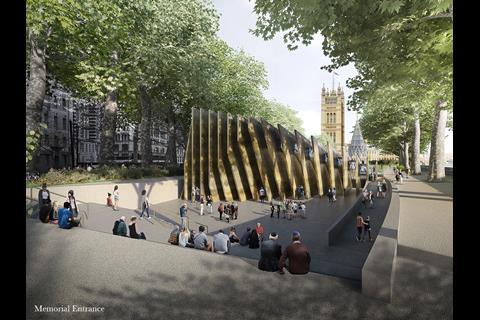 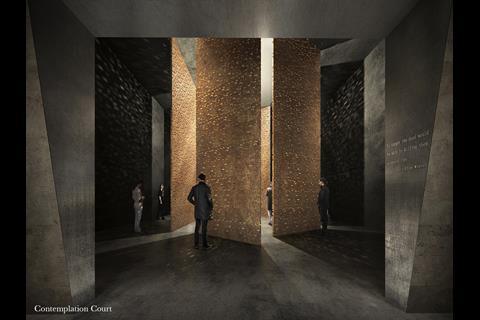 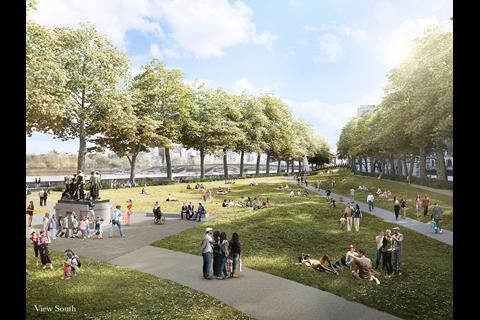 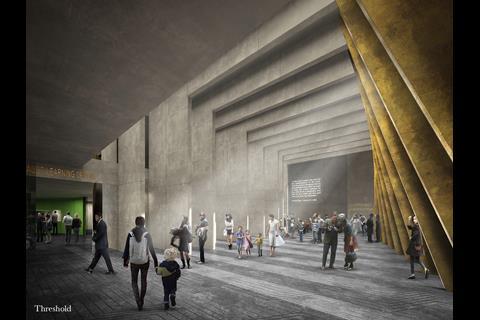 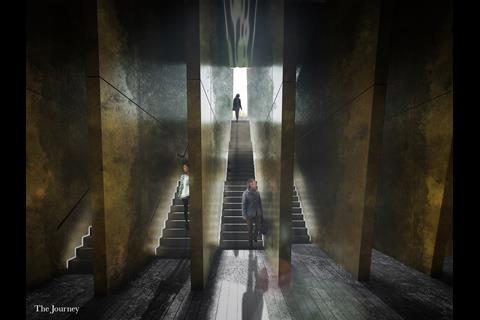 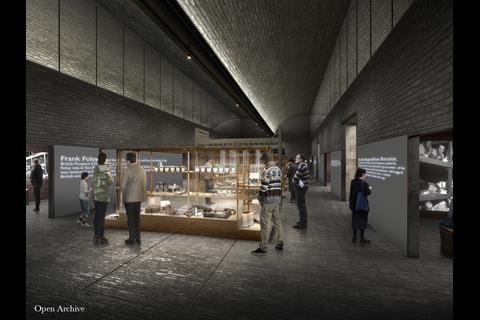 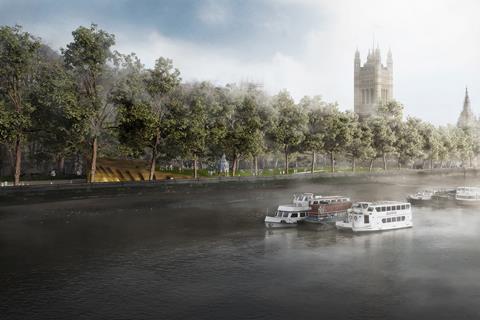 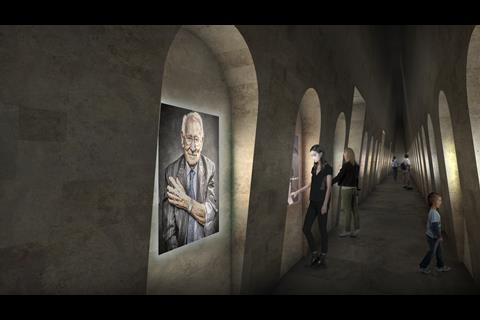 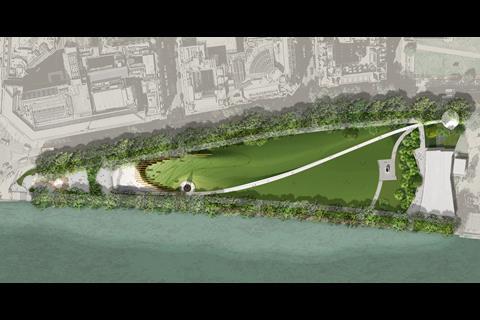