Lord Adonis throws his support behind a new runway at Heathrow 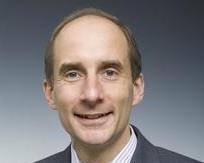 National Infrastructure Commission chairman Lord Adonis has thrown his support behind a new runway at Heathrow.

Adonis said: “He’s made his recommendations and to my mind that’s the only show in town.”

However, he quickly added that “going for Gatwick is also in the frame of his recommendation.”

Adonis also said the postponement of a final decision on the location of a new runway has been a “traumatic experience”.

Adonis was speaking after the launch of the National Infrastructure Commission’s report to endorce the £33bn Crossrail 2. He urged the government to submit a hybrid bill by autumn 2019 so the scheme can open in 2033.

Asked whether his recommendations would be accepted by government, Adonis said he doesn’t “have the faintest idea” but highlighted the importance of the Davies Commission recommendation on airports.

“The only reason this is back on the agenda is because of the Davies Commission.”

Adonis also said it was important to control costs on the mega infrastructure project so it doesn’t become a scheme that “in the view of the Treasury is unaffordable”, adding that it “very nearly happened with Crossrail 1.”