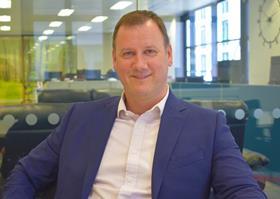 Alinea has pulled off a major coup after luring Aecom big hitter Alastair Kenyon to the £13m turnover business.

Kenyon spent nearly six years at Aecom and was the US giant’s head of offices in London where he was in charge of a team of 60.

But the 44-year-old has made the switch to the 100-strong, five-year-old cost consultant which was set up in May 2013 by six former Davis Langdon – snapped up by Aecom in 2010 – and EC Harris partners.

Kenyon (pictured) becomes Alinea’s seventh equity partner and will be working alongside the firm’s private sector clients on commercial, mixed-use and residential schemes.

Alinea, which is due to publish its annual results later this month, is working on a string of jobs in the City including the 22 Bishopsgate tower being built by Multiplex, Mitsubishi Estates’ 6-8 Bishopsgate, a 50-storey tower designed by Wilkinson Eyre, and Bishopsgate Plaza, a hotel and residential scheme being built by Lendlease.

Richard Taylor, Alinea co-founder, said: “We are delighted to welcome Alastair into our business as we plan for the future in building a successful and sustainable business. We are hugely excited at the proposition of taking the business to the next level of our development.”

Kenyon’s projects at Aecom included the Foster + Partners-designed Bloomberg building – a stone’s throw from Alinea’s office on Cannon Street – as well as British Land’s Triton Square development near Euston and Brookfield’s 100 Bishopsgate scheme, a 37-storey tower designed by Allies & Morrison being built by Multiplex in the City.

He also worked alongside former Argent boss Roger Madelin who is heading up British Land’s redevelopment of a former newspaper printworks at Canada Water in east London.