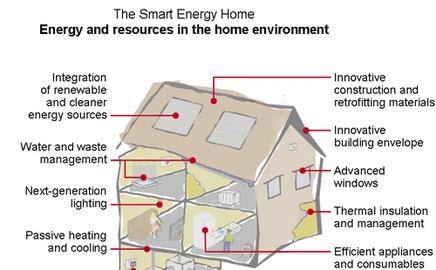 The world’s first commercially available zero-carbon homes will be available to rent in Paris and Barcelona by the end of 2009, according to a new consortium of chemical and construction companies.

The homes will beat by a year the comparable UK development at Hanham Hall near Bristol which will reach Code for Sustainable Homes level six and is set for completion by the end of 2010.

Hanham Hall will be commercial but will it be as affordable as the SEH proposals?

At the Euroscience Open Forum science fair in Barcelona, the Smart Energy Home (SEH) consortium, a group of university researchers, construction and chemicals firms, said by bringing the expertise of the each of its members under a single banner, the Paris and Barcelona schemes, and future developments, would be more affordable than comparable schemes in other countries.

Barratt homes, which will build the Hanham Hall development, said only that its 200-unit development would “be commercial”. But a government report earlier this month by Cyril Sweett warned the additional average cost of building a Code level six home would be between £19,000 to £47,000.

The SEH said the premium for its carbon-neutral homes to residents, including the 200-unit Barcelona development and the 40-flat Paris scheme, would be no more than 10-15%, compared with standard homes. That equates to a £18,000-£27,000 premium for an average UK home.

As well as new developments, the SEH consortium, whose members include German chemicals giant, BASF, and Philips Lighting, will provide a toolkit for architects to renovate existing properties to carbon neutral standards.