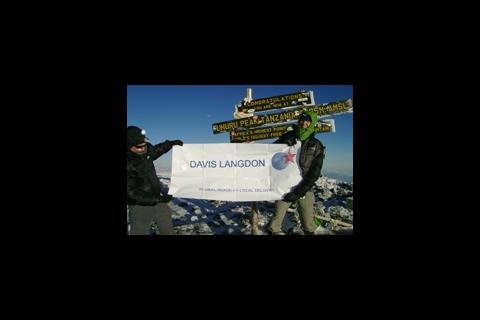 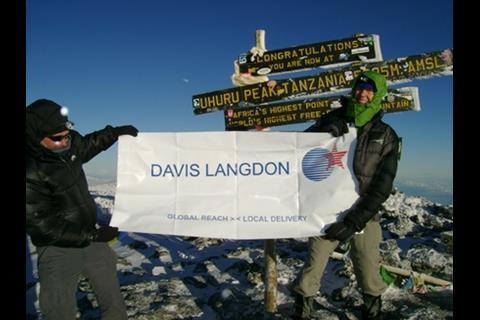 A director from consultant Davis Langdon’s Durban office has reached the summit of Mount Kilimanjaro. Roy Turner climbed 5,895 metres to reach the highest point in Africa.

Turner who has lived and worked in Africa for the last 40 years, has had an interest in hiking ever since his army training in the Welsh Brecon Beacons.

He said: “Although there is discomfort in the form of headaches and nausea caused by the altitude and lack of oxygen, reaching the peak of a climb such as this is the reward for the effort and this was made particularly worthwhile by the breathtaking (literally - in the 30 knot wind) aura on the summit where we stood at -10 degrees in the sunshine, on the snow, surrounded by glacial ice land with the sea of cloud below.”