Aftershock: Rebuilding after an earthquake 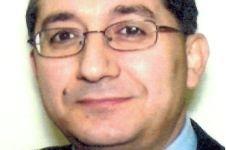 Philip Esper, the RICS expert on disaster management, spoke to Building about preventing and repairing damage in earthquake zones

As aftershocks continue to hamper rescue efforts in central Italy after a major earthquake hit the city of L'Aquila on Monday, thoughts are beginning to turn to rebuilding. Tens of thousands of people have been left homeless or are living in rescue tents. Up to 10,000 buildings are thought to have been damaged in L'Aquila, making most of the city of 70,000 people uninhabitable.

But this sort of project is riddled with difficulties and dangers. Emily Wright interviewed Philip Esper, of the RICS' commission on major disaster management, to find out more.

EW: Can you explain the intricacies of the earthquake in Italy this week? What is the next step?

PE: In my view, Italy should have been better prepared for this disaster, as it is vulnerable to earthquakes. It was evident that none of the essential mitigation, retrofitting or strengthening measures had been implemented in central Italy during the past few years in order to reduce the effects of this disaster. There was even a recent warning by an Italian geologist about the possibility of a coming major effect which was ignored completely by other scientists and consequently by the local government. The manner in which this warning has been dealt with was very poor to say the least.

EW: What sort of damage is most common to buildings and structures as a result of earthquakes?

PE: This depends - in simple terms - on three factors:

a) The magnitude (or intensity) and duration of the earthquake.

b) The type of building affected; its structural resisting system, construction material, etc.

c) The soil type under (or supporting) the building.

Earthquakes hit generally the weak points in a structure. Accordingly, the extent of damage will vary from total collapse of the building to some brick chimneys falling or brick walls cracking if the earthquake magnitude is small or the building is relatively far from the earthquake epicentre.

As an example, in the 1995 earthquake in Kobe in Japan (pictured, below), one of the main common type of damaged encountered was what we call soft-storey collapse, where one of the storeys would crunch under the weight of the upper floors while the building as a whole is still standing. This happened to the old City hall in Kobe.

EW: Are there any types of buildings more vulnerable to the tremors than others?

PE: Yes. Generally framed buildings would withstand the forces of earthquakes better than load bearing brick / stone buildings. A structure which is tied up together through a system of beams and columns will perform better and is a more efficient system than a brick building that relies on bonding (i.e., mortar) to keep the walls together that are in turn carrying the floors and their loading. Also, framed buildings (whether steel or concrete) rarely suffer total collapse if they are designed adequately to resist the earthquake and in accordance to the relevant design code of the country in question. Even in major earthquake, framed buildings may suffer extensive damage but will not necessarily collapse.

EW: What can people do to protect themselves or try and modify buildings?

PE: Always be prepared. During an earthquake, if you are outdoors, stay outdoors but away from buildings and other structures like bridges and electric wires cables. If you are indoors, do not attempt to leave the house. Try to stay calm, and stand against a wall or a column in the centre of the building, or under a sturdy table away from windows and outside doors. In both cases, be on the lookout for fire.

As countries or societies, earthquake hazards can be reduced significantly by businesses and governments by taking appropriate actions including the necessary emergency measures. Carrying a risk assessment on the most vulnerable buildings is essential to start with. Then understanding the risk and taking the necessary precautions would be the next step.

EW: What are the essentials in planning a rebuilding effort after an earthquake?

PE: Rebuilding communities after an earthquake requires strategic responses from different levels of government in partnership with the private sector and in accordance with the public will. Four major issues are important in achieving success in this area:

Setting priorities cooperatively is a main factor in achieving this success. As part of the RICS commission on disaster management, we have during the past three years to developed a “disaster management process protocol” that can be followed in order to achieve that in developing countries. Most of these actions can be applied of course to developed countries too.

EW: What sorts of difficulties can there be with this (such as local red tape, poor funding, clash of agendas)?

PE: Unfortunately, in some developing countries, the required actions that need to be taken immediately following a disaster are often delayed due to some of what you have just mentioned. Certain agendas may be affected by the disaster and some governments may take some time to consider this impact.

EW: Is it dangerous for teams going in after an earthquake to start the rebuilding process?

PE: As a member of the Earthquake Engineering Field Investigation Team (EEFIT), which is part of the IStrucE, we always arrange for teams and missions to be sent to the affected zone and help in the investigation of damage caused by earthquakes. I was part of few missions in the past, such as the Kobe mission, which was sent to Japan after the 1995 earthquake. These missions usually address exactly the points raised by your question, and they are usually there in the field prior to any re-building action starting on site.

Their aim is not only limited to define which building is safe and which one is not, but also to investigate the extent of damage experienced by affected buildings and the necessary repair measures need to be taken. This work will make it safer for people working later on the rebuilding schemes to operate following the aftermath. Another danger is usually ignored by many after a major earthquake is the aftershocks that follow for few days after the event or sometime even weeks. This has to be taken also into account during this process.

EW: What needs to be put in place to help a community survive another earthquake?

PE: There are always lessons learnt from every earthquake or disaster in general, and accordingly there is always a list of actions that will follow in order to improve the performance needed in the event of a another earthquake hits in the future.

There are now well-defined and established strategies that are developed by professional bodies in response to various disasters that took place during the last two decades or so.