Alinea founding partner Paul Allen has retired seven years after helping set up the London cost consultant with five others from Davis Langdon and EC Harris.

Allen officially stepped down last Thursday ahead of his 58th birthday this month but is remaining as a business advisor to the firm for up to six months with plans to go travelling put on hold because of the covid-19 pandemic. 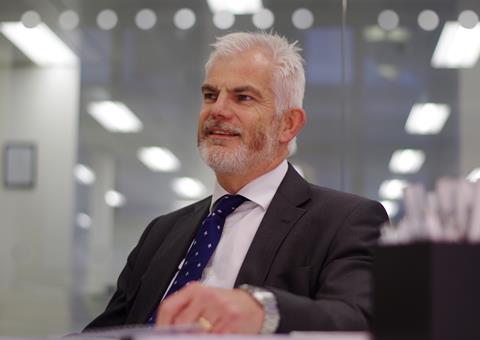 Allen (pictured) left Davis Langdon in November 2012, teaming up with former colleagues the following spring to set up Alinea which has now more than 100 staff and in its last set of accounts posted revenue of £15m in the year to April 2019.

All six co-founders originally worked together at Davis Langdon, running the firm’s London-based commercial team for much of the noughties.

Allen started at Gardiner & Theobald but three years later moved to Davis, Belfield and Everest, as Davis Langdon was known then, in 1987 eventually spending 25 years at the firm where he ended up as its head of the commercial sector.

Paying tribute, another of Alinea’s co-founders Iain Parker said: “His desire to succeed, his knowledge, his ability to impress clients, his thought processes to get through very complex situations make Paul special.”

He added: “He wrapped these qualities with humility, a desire to see others learn and succeed, continuous acts of selflessness and integrity.”

Allen worked on several high-profile schemes throughout his 35-year career including the Shard for Sellar, British Land’s Broadgate Tower and 1 London Wall for Hammerson.