Analysts are again upgrading full year profit forecasts at Morgan Sindall after the firm’s second unscheduled trading update in three months said it would hit a record pre-tax profit in the first half.

The firm, which is expected to see annual profit top £100m for the first time in its 44-year history, said pre-tax profit for the six months to June would be around £53m – an increase of 46% on the £36.3m pre-pandemic figure it posted for the same period in 2019. 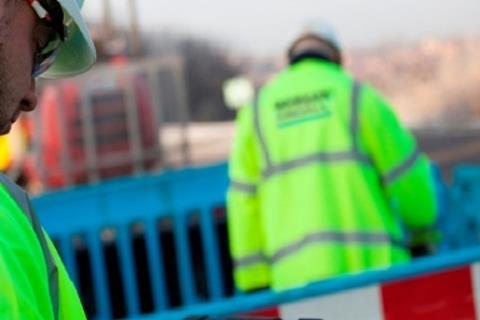 Previous consensus was that profit for the year would be around £109m but this has now been revised upwards to £122m – the third upgrade this year.

Numis analyst Jonny Coubrough said: “Our FY21E PBT estimate is now £24m higher than our initial estimate set prior to the pandemic in February 2020.

“The group is clearly reaping the benefits of management’s self-help actions sowed over recent years.”

Morgan Sindall said its net cash position had been strong, with average daily net cash for the first half of £294m, up from £153m on the first half last year. Net cash at 30 June was £337m, more than double the £146m last time.

In this morning’s update, the firm said trading across all parts of the business had been strong with its biggest division, construction and infrastructure, expected to see full-year numbers “significantly stronger than previously expected”.

Its fit-out arm is continuing to shrug off the effects of the pandemic with its order book at the half year up 42% to a record £581m.

The firm’s property services and partnership housing businesses were also improving their margins, the firm added.

Morgan Sindall is due to announce its interim results on 4 August.