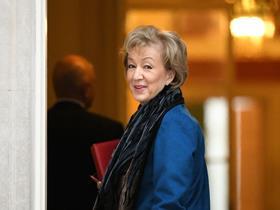 Role: Secretary of state for business, energy and industrial strategy

Biography: Leadsom started her career in finance and held senior roles in banks including Barclays and Invesco. She joined parliament in 2010, and was a minister of state for energy for a year from May 2015. She came to prominence as campaigner for Brexit, taking part in the debate at Wembley, and one of the final two candidates to be Conservative party leader in 2016. She subsequently served as environment secretary (2016-17) and leader of the House of Commons (2017-19). She is a committed Christian.

What this means for the industry: As business secretary, Leadom is in charge of industrial strategy, including the Construction Sector Deal – a 48-page document setting out how the government will work with industry to hit ambitious targets on reducing costs, emissions and construction times as well as trying to boost product exports and apprenticeships. As a free-marketer, Leadsom has always supported reducing corporation tax and is sceptical of new regulation – but this tendency could also see her take a less active role in trying to promote change in the construction industry.

The government response to a retentions consultation is also long overdue, with the consulation closing more than a year and a half ago. Leadsom could, finally, respond to this.

Leadsom has also been a vociferous opponent of HS2, forcing a debate on the scheme just two weeks ago and stating in her opening remarks: “HS2 is not the right infrastructure project, will not improve point-to-point travel times, and will not close the north-south divide.” The high-speed rail project is not part of her ministerial brief but her opposition to the under-fire scheme is likely to be as strong as ever at the Cabinet table.