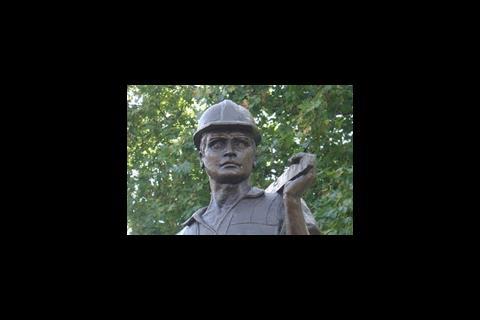 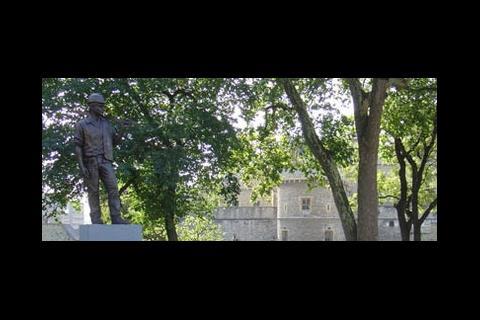 Tim Knox, director of the Sir John Soane’s Museum in west London, said the Unknown Construction Worker looked like a “navvy” and said its location in Tower Hill was unsuitable because it was a site of “spiritual and national resonance” where queens and saints were martyred.

Alan Ritchie, UCATT general secretary, said: “Knox’s comments are elitist and offensive. It is the kind of class-ridden comments that give art critics a bad name. Thousands of construction workers have lost their lives in building London. Knox clearly would rather that their sacrifice went unrecognised and ignored.”

The £100,000 statue is a construction worker based on Michelangelo’s David and commemorates people killed in the construction of London London.

In a general attack on the proliferation of "sentimental" public works of art Knox also condemned "The Meeting Place", a 9ft statue at St Pancras depicting a couple in a romantic embrace.

Knox said the problem stemmed from developers commissioning poor quality work from unknown artists: "On the one hand we have highly competent artists who are worth millions and the other group who get wheeled in to do public statues for £100,000."

Leith said the real problem was that there was no audit of statues, so many are duplicated while others have gone missing.

The Unknown Construction Worker was unveiled in 2006 with the backing of mayor Ken Livingstone, the Greater London Assembly, MPs and the trade union movement.