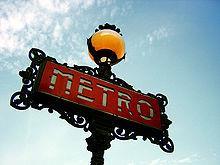 The firm, which is the parent company of EC Harris, said it had been awarded the €40m contract to provide project and programme management, as well as technical advisory services to the Société du Grand Paris, the authority for the Grand Paris Express metro lines in the Paris region in France.

The Grand Paris Express project comprises over 200kms in length of new metro lines and will mainly be realized underground.

Arcadis’ role will focus on the ‘red line’ – a 100km line to connect the suburbs around Paris, which are now connected through the centre of the city, thus putting pressure on existing commuter systems.

The construction cost estimate for the total project is over €20bn (£16.8bn).

It will be delivered in the next 16 years.