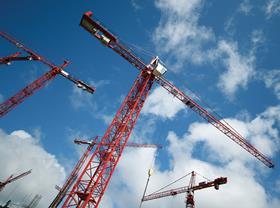 After confidence about future work prospects slumped to -1 in November’s survey - the lowest figure since June 2016 - December’s survey revealed a recovery to +8.

It also revealed firms were more optimistic about future staffing levels with a balance figure of +5 compared to November’s -4, although this is still down on October’s +8.

All sizes of practice were more confident about the future, with architects in the north of England most optimistic at +22, a big leap from November’s +7.

Architects in London are most pessimistic about work prospects, with a figure of -5. This is an improvement on November’s figure of -15 but is still down on October’s -4.

Confidence about work prospects in all sectors has also bounced back, with optimism about commercial sector work prospects jumping 12 points to +8, the highest figure since July. Private housing remains the strongest sector at +9 but architects remain pessimistic about the public sector which recorded a negative figure of -1.

RIBA said only 13% of architects had been reported being personally under-employed in the past month which suggested that there wasn’t much slack in the architectural labour market with employment prospects remaining “fairly stable”.

He said: “The private housing refurbishment and extension market remains generally brisk for many. However a number of larger practices continue to report that Brexit uncertainty is putting a brake on development investment. Low price competition from non-architect purveyors of architectural services also continues to be a talking point for a number of correspondents.”