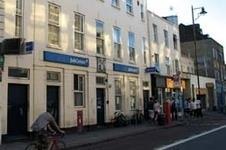 Architects are facing further decrease in workload, according to the RIBA’s monthly Future Trends Survey results for February 2009.

Just under half (46%) of respondents said they expected their workloads to decline over the next three months, compared to 39% last month.

Only 16% predicted an increase and 39% believed they would stay the same.

The public sector remained the top area that practices aimed to procure work from, although there was an evident lack of optimism compared to last month’s figures.

As many as 62% of all practices expected staff levels to remain constant over the next three months, compared to 72% in January, suggesting a worsening outlook for salaried architects’ employment prospects.

The picture also appears to have improved slightly for smaller practices, particularly sole practitioners, who are now less likely to be under employed compared to January.

Large practices are consistently busier than small practices, with only 17% reporting that they were still underemployed.

Adrian Dobson, RIBA director of practice, said: “At the present time only practices in the South of England (not including London) are confident that they will be able to maintain their current permanent staffing levels.”

He said the RIBA is focusing its CPD provision on assisting architects by strengthening and diversifying their skills base.

Dobson said: “Whilst public sector work was forecast to be stronger than in the housing and commercial sectors, the practices in our survey are no longer predicting an overall increase in public sector workload for architects, perhaps reflecting a perception that the government is struggling to accelerate the various major public sector capital programmes.

“The recent announcement by the government of additional funding sources to support existing PFI schemes in achieving financial close is very positive, but further action will be required to achieve the government’s ambitions for accelerated capital spending to support the economy.”

For the full report visit the RIBA.