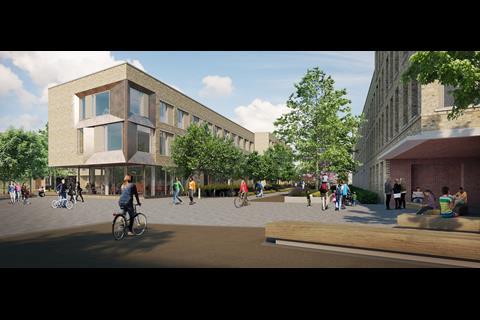 Post-graduate student accommodation designed by RH Partnership on the left and Lot 8 by WWM and MLA on the right. 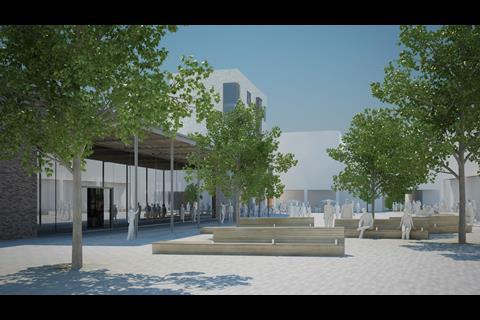 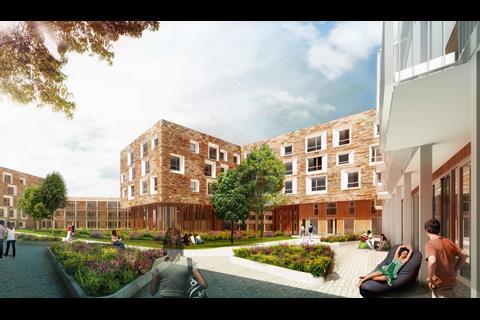 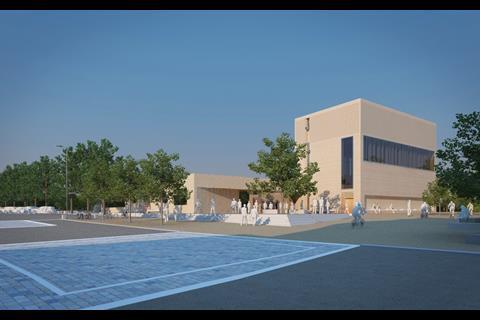 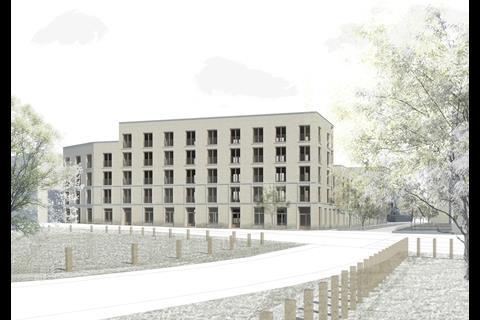 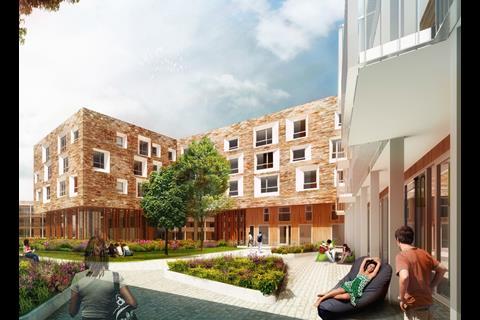 Several aspects of phase one of the city’s biggest-ever planning application, by architects including Wilkinson Eyre, Mecanoo and MUMA, are now being mulled by planners.

The town centre, designed by Wilkinson Eyre and Mole Architects with landscaping by Townshend, is due to be considered by planners on 26 February. Known as lot 1 it features 120 key worker homes, a supermarket and energy centre.

The same meeting will also look at lot 7, by MUMA and Townshend, which includes a community centre and nursery.

Key worker and other housing by Mecanoo and Maccreanor Lavington working with Stirling Prize winner Witherford Watson Mann are expected to come under scrutiny in the spring.

The 150ha North West Cambridge expansion, masterplanned by Aecom and given outline planning last year, is the largest single capital development project undertaken by the university in its 800-year history.

The vision came from the institution’s need to ensure affordable homes in an attractive community will be available for its staff in the decades ahead.

Over a third of the site will become public open space.

Future lots still being worked up include a primary school by Marks Barfield and a market square, shops and housing by Stanton Williams, which replaced David Chipperfield last year. Two lots of housing are being designed by Alison Brooks Architects and by Cottrell and Vermeulen working with Sarah Wigglesworth, The AOC and Aecom.

Roger Taylor, project director of the North West Cambridge Development, said he was pleased by the quality of the designs.

“The university has been working with the masterplanners and 11 architectural teams to create a new, cohesive urban extension to Cambridge,” he said.

“Through this collaborative approach, the architectural proposals are reflective of the characteristics of the city, integrating high-quality buildings with green open space, which will set the foundations for a dynamic and balanced community.”

Site preparation works have begun and the first key worker homes and student accommodation should be occupied in mid-2016.