Designs unveiled for the redevelopment of Heathrow Airport into a new town, should a new hub airport be built in Thames Gateway 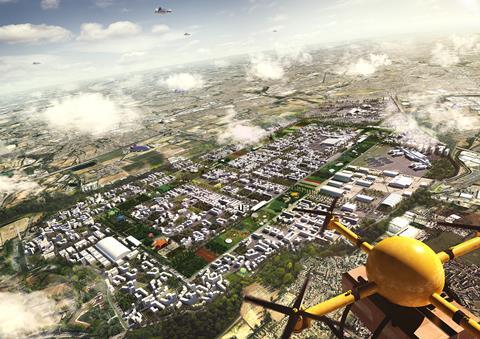 Maccreanor Lavington, Hawkins Brown and Rick Mather Architects have revealed their designs for the redevelopment of Heathrow Airport into a new town within the capital.

The three architects were commissioned by Transport for London to demonstrate different options for the 1,227ha site should a new hub airport be built east of London.

They based their proposals on a report by external consultants which argued that Heathrow had great potential for regeneration.

Hawkins Brown’s proposal for Heathrow City includes a green belt within the green belt and a factory for building homes which aims to increase the rate of house building.

Online customisation would allow Londoners to order homes to their own specifications. Digital fabrication technology would make endless possible iterations no more expensive than standard products.

Hawkins Brown partner Darryl Chen said: “A big site like Heathrow needs big ideas. Heathrow City should be a platform for innovation on a massive scale. We want to capture the same pioneering spirit and romance that characterised Heathrow’s first airborne adventures. We hope our vision inspires other new ideas about Heathrow’s and London’s future.”

Rick Mather Architects’ proposal, The Transforming City, would retain the airport buildings and use the runways to define the structure of the new city. It would contain 10 distinct local centres focused on transport connections, each with retail, education and community uses.

Developers would look to create a research, technology and manufacturing hub that might specialise in housing production, hydroponics, anaerobic digestion and biofuels.

Maccreanor Lavington’s vision for Heathrow City would also retain buildings and add a technology campus to build on the strengths of the M4 corridor – and a forest.

The former terminal 2 building would be renovated to become a civic centre and retail hub that would form the heart of the new community.

Director Gerrard Maccreanor said: “Heathrow has outgrown its location. It is not only a nuisance for many of the residential neighbourhoods in west London but it is also a hindrance for growth. If London is to maximise its influence from coast to coast then the airport should move and this site should be the future catalyst.”

All of the designs are going on public display at New London Architecture until August 9 and can also be found online at www.heathrow-city.com

The government yesterday issued an update on the progress of the Airports Commission whose interim report shortlisted three options for a hub airport.

Two of these are at Heathrow and one is at Gatwick. It also identified one option for “further consideration” in the inner Thames Estuary.

Transport minister Patrick McLoughlin said promoters of the shortlisted options had now provided more detailed proposals and that the commission expects to decide this autumn whether or not to add an estuary option to the shortlist.

It will then undertake formal consultation and publish its final report next summer. 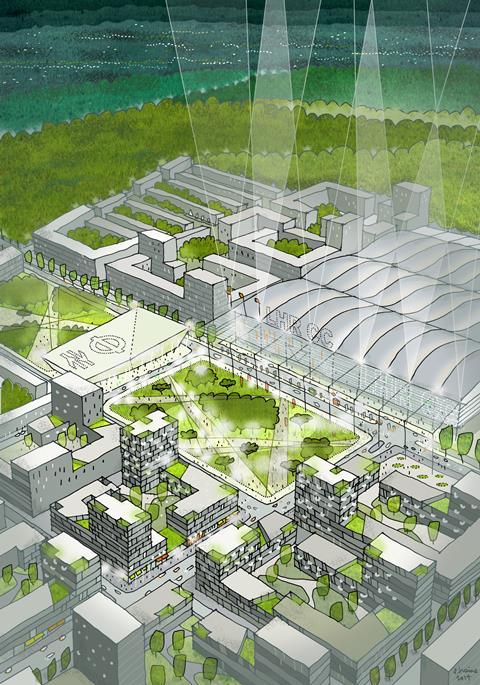 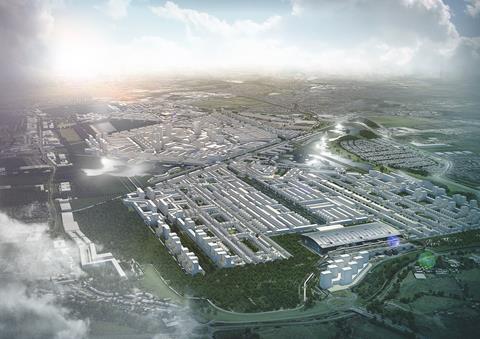