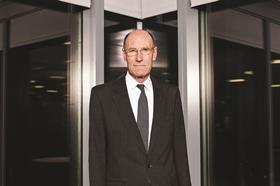 Sir John Armitt has published draft legislation to enable production of a 25 to 30 year assessment of the UK’s infrastructure needs by midway through the next Parliament.

Armitt proposes that a bill to set up the NIC should be among the first tabled by the next government.

The NIC would produce a National Infrastructure Assessment (NIA) laying out areas where infrastructure development is critically needed every ten years, and then monitor plans by governments to meet these recommendations.

Labour leader Ed Milliband, whose party commissioned Armitt to produce the proposals, announced yesterday his party will back Armitt’s plans.

Armitt recommends that to speed up the process the NIC should be launched in shadow form as soon as the enabling bill reaches the second reading stage in the House of Commons.

Under the draft legislation, the Chancellor would have a statutory obligation to lay the NIA before Parliament for approval within six months, together with any proposed government amendments.

Armitt proposes that Infrastructure UK be phased into the NIC.

Funding for the NIC would be approved in ten year tranches by House of Commons resolution.

In a letter to shadow chancellor Ed Balls, Armitt said there was “wide aggreement” that a lack of long term strategic infrastructure planning was an “Achilles heel for the country”.

He said his aim was not to “take the politics out of infrastructure”. He said: “Rather than taking power away from politicians, I believe and independent National Infrastructure Commission would act as an important enabler and provide a robust framework within which public and political debate on these important issues could take place.”

“With this in place, the infrastructure policy debate would be more enlightened as it would be based around a real understanding of the issues that have to be tackled if the UK is to maintain its competiveness over the long term. I believe that this would represent a big step forward for the UK.”

A consultation period on Armitt’s proposed draft legislation and programme for implementation is open and will run to 31 October 2014.

Armitt plans to produce final proposals and a draft bill by the end of January 2015.

In response, Duncan Symonds, WSP head of infrastructure, said: “In the pre-election period it’s vital that infrastructure secures cross-party support. Therefore it’s good news for the industry for Ed Miliband to commit to creating the modern infrastructure environment that the country deserves.

“Longer term commitments to investment in the Armitt review are welcome, but we need to avoid duplication of effort with the creation of too many bodies. Uncertainty is our biggest obstacle - infrastructure requires leadership that provides absolute clarity on the direction of policy.”