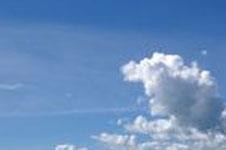 Arup has been appointed to lead a low-carbon car project in Birmingham and Coventry.

Secretary of state for transport Lord Adonis and science and innovation minister Lord Drayson announced on Tuesday that Arup would lead “Cabled” – a project managing the development and testing of 110 low-carbon cars and vehicles in the West Midlands.

Cabled was the winning consortium in a competition to speed up the development of ultra low-carbon cars. The group led by consultant Arup consists of 13 organisations, including vehicle manufacturers, local authorities, energy infrastructure providers and universities.

The competition was part of the government's programme to encourage the use of electric cars. The project will run over two years, during which the West Midlands group will arrange for people from all walks of life to test a range of vehicle types, from taxis to small cars.

It is hoped that tracking the use of the cars and vehicles will enable further research and development of ultra low-carbon vehicles, with an aim to accelerate their mass introduction to the UK's roads.

John Miles, chair of Arup's global energy, resources and industry section, said: “Less than 1% of the vehicles registered every year in the UK are electric and most of these are currently used in London. We think that by 2020, low-carbon cars will be commercially viable, and it's important that we start to understand the public's reaction and provide the necessary infrastructure to prepare for this.

“This is an important first step on our road to a low-carbon future,” he added.