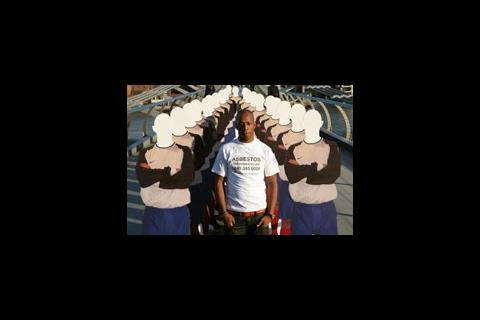 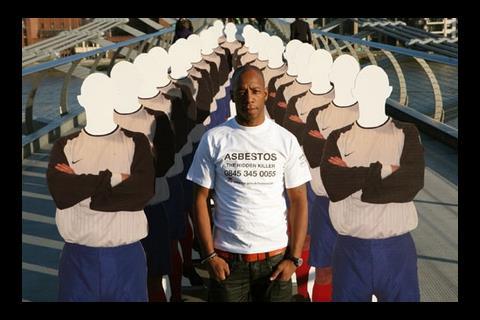 The effects of asbestos are killing around 4,000 people a year in the UK and this is set to rise further, the Health and Safety Executive (HSE) has said.

It released the figures as part of a new campaign to make tradespeople more aware of the continuing danger of asbestos, which it says many plumbers, electricians and joiners underestimate.

The campaign was launched on the Millennium bridge in London, by footballer Ian Wright, himself a former tradesman.

Asbestos was banned in 2000, but was previously used in fireproofing and insulation and is still present in some 500,000 UK buildings.

Exposure to the substance remains the biggest single cause of work-related deaths, which the HSE said is likely to peak at around 5,000 per year over the next five years.

One-quarter of the victims are former tradespeople, with ex-employees from industries such as rail and shipbuilding believed most at risk.

One of the most common illnesses caused by asbestos is mesothelioma, which can take between 20 and 50 years to develop.

Earlier this week, Selfridges was forced to replace its display windows after asbestos was found in the 100-year-old store.