3
Back to the future
News

Back to the future 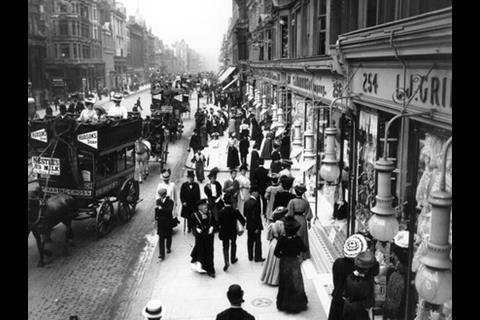 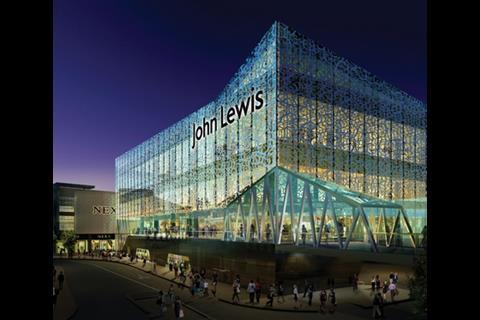 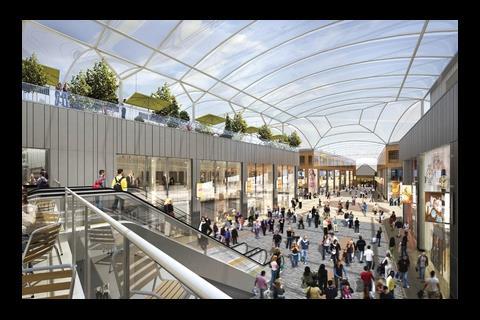 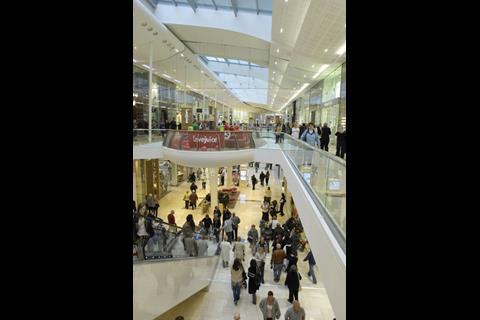 The heyday of the high street may be about to return, as developers turn against out-of-town retail parks and head back to the centres of places like Oxford, Bristol, even Cricklewood. But will it be just like the old days? Well, not exactly …

Retail is taking over the world. Once upon a time, developers were content to build a big box on the edge of town and surround it with car parking. But no more. Today’s shopping centres have far loftier ambitions, from entertaining consumers late into the night to rejuvenating entire city centres.

Never mind gloomy predictions of cash-strapped consumers staying at home. The development pipeline presents a much more confident picture. According to the British Council for Shopping Centres, there are nearly 120 new centres in the development pipeline over the next five years and 12 of these will cover more than 180,000m².

The new buzzword is “place-making”, creating whole new districts of spending opportunities, seamlessly integrated into urban centres. Die-hard shopaholics don’t even have to go home. At Grosvenor’s vast Liverpool One development, for example, there are 600 apartments and two hotels as well as 160 shops spread over four distinct retail “districts”.

Residential space is increasingly a feature of developments, not only to meet planning targets but because developers realise the contribution it makes to integrating centres and making them 24/7 destinations. QS firm Cyril Sweett estimates that shopping centres will include about 36,000 residential units over the next five years.

You could argue it started in Birmingham. When the £500m Bullring threw open its doors to eager shoppers in 2003, it didn’t just signal an upturn in the fortunes of Britain’s second city, but a reinvigoration of the concept of shopping centres themselves. The Bullring wasn’t an antiseptic monolith on the edge of town, it was a thriving addition to the city centre, with shops, offices and housing and an architectural icon to boot.

A more prosaic explanation is that government planning policy has outlawed out-of-town developments, and driven development back into built-up areas. It has decreed that 40% of new retail development is to take place in town centres over the next 10 years. John Wakes, director at architect Building Design Partnership (BDP), has seen the trend come full circle. “When I started out it was about retail schemes in town centres. Mixed-use then stopped and it was more about out-of-town as it was easier to get to. You could build the perfect shopping centre with a car park all around it and all the space retailers wanted. Now we are back into towns. With the urban agenda have come briefs from local authorities who want mixed-use residential and shopping developments.”

Retail is being deployed as a force for regeneration in struggling rundown city centres, he adds. “The next generation of schemes will change the character of town centres if a place is failing. It’s not just about shopping. The less a place has going for it the more civic pride it has and the more people want to change it.”

In Derby, for example, Australian developer Westfield’s explicit intention with its £340m scheme was to give the city a much-needed new hub. “We’ve brought a heart to Derby,” explains Peter Miller, Westfield’s development, design and construction director. “Not just to buy things but to socialise it’s a leisure destination, it’s experiential, and there is retail, entertainments, leisure, everything that makes a city great.” The 100,00m² centre is anchored by retail stalwarts Marks & Spencer and Debenhams, but it also has a multiplex cinema. Miller singles out the 800-seat food court as the heart of the scheme. “Placemaking has always been important to us; we want wonderment, surprise, pride, and awe from our customers.”

Creating a 24/7 destination also stacks up very healthily for developers, and can help them meet the costs of those expensive centre sites. Peter Cleary, head of retail development at Land Securities, was involved in the Bullring development and has recently led the £150m Princesshay scheme in Exeter, which opened in September. He says. “If you go to Princesshay at 9pm the shops may be closed but the bars, restaurants and cinema are open. The big advantage of mixed-use schemes is that we’re seeing an end to a time where city centres are deserted by 5.30pm every evening.”

Princesshay is a good example of another new developer obsession good design and blending into the local area. It’s right next to Exeter’s historic cathedral and the materials and designs were chosen to blend in with the natural stone around it the result of tireless canvassing of local opinion.

Retailers are also becoming far more design conscious, not least because city centre locations put them under much greater scrutiny. Architecture is enjoying a much higher prominence in both the public and property consciousness. Not only do bodies such as Cabe and English Heritage keep a close eye on the contribution schemes make to town and cityscapes, developers are coming round to the idea that good design can itself draw and keep customers.

Capital Shopping Centres (CSC) is redeveloping the Westgate centre in Oxford, a £300m scheme due to open in 2011. Martin Ellis, construction director at CSC, says: “Oxford is a dreaming spires city, which means we can’t plonk a monster from outer space there. It must be more accessible. There is a lot of cross-street integration into the city. Our centres form part of the local street structure 18 or 24 hours a day.” The centre, which has been designed by Building Design Partnership and Allies and Morrison, will be made up of five different buildings, deliberately reflecting the historic surroundings at the west end of the city. But the scheme is also close to the eastern side, so the designers included three east-west lanes to open up walkways between the two sides.

Some of the most striking innovations have concerned shopping centres’ roofs, either to be replaced by a clear covering or not at all. At Land Securities’ new centre in Livingston in West Lothian, the roof is the defining feature. It’s made of ETFE the same material as the roof of the Eden Project in Cornwall with a steel frame, chosen in preference to glass as it’s lighter, more durable and can be recycled.

Jon Emery, managing director of UK development at Hammerson, explains that customers might stay longer in an uncovered environment. “It’s a reaction to the mall and about extending dwell times, and making them feel comfortable in environments.”

At Hammerson’s £245m Cabot Circus in Bristol, due to open next September, Emery says he chose to top the main retail space with “an amazing roof that floats through the space”. The 92,000m² scheme is split into three areas on a grid system, which he compares to the court at the British Museum, designed by Foster + Partners.

Hammerson harbours much greater architectural ambition than developers of old. In Leicester, its £210m refurbishment of the Highcross centre will be anchored by a John Lewis store designed by international star Foreign Office Architects. “ It’s an extraordinary piece of architecture in a similar way that Selfridges was to Birmingham,” says Emery. “It’s based on historic industry in Leicester and it has a quality fabric as a cladding material, which is enhanced by triple-layered glass.”

Sustainability is as big a drive in shopping centre developments as it is for everything else. Michael Green, chairman of BCSC, insists it is a top priority: “Shopping centres of the future will be sustainable and developers are absolutely aware of it.”

Two-thirds of shopping centres’ energy costs are from heating and lighting, so opening them to the elements gives an immediate reduction. Removing roofs and walls also reduces the need for air-conditioning. Oxford’s Westgate, says Ellis at CSC, is covered from wind and rain but is essentially an outdoor environment. At Leicester, Hammerson is taking out all the air-con and replacing it with natural ventilation.

Developers are also exploring combined heat and power, biomass boilers and water harvesting, though the size and complexity of mixed-use developments makes for varying success levels. “Combined heat and power is a no-brainer. Supermarkets are doing this with the heat generated from power systems. But how to do it in mixed-use developments is much more challenging. It’s a big risk for a developer,” says BDP’s Wakes.

But Ellis at CSC is optimistic. “If you asked me two or three years ago whether sustainability was a pain, I’d probably say, yes it is. But it is the right thing to do now. We’re getting better, it’s less of a pain and there are some savings.”

The Westgate centre will have a biomass boiler to provide heating and hot water for the new anchor John Lewis and there will be 12-15% on-site renewable energy. Solar tracking models have been used to make sure daylight is maximised and the centre will be connected to a combined heat and power plant, which the council is researching. The project has been BREEAM-rated “very good”.

But what about the weather? There will always be a place for the covered mall, hastens Westfield’s Miller. Derby is enclosed: “We wanted to do that and the council wanted it too. We mustn’t forget that we’re in a fairly harsh climate,” adds the South African-born developer, at some risk of being called nesh by his customers.

It seems that even those ambitious developers baulk at trying to rein in the elements.