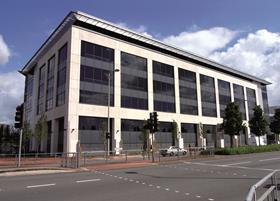 Balfour Beatty has been told to pay £137,000 to a whisteblower who accused managers of not disclosing the profit it would make on a job for the Welsh government.

Former Balfour pre-construction manager Nigel McArthur accused the contractor of ripping off taxpayers by hiding the cost of its sub-contracts when tendering on the £18.5m Callaghan Square office job in Cardiff, which would have been paid for using public money.

Balfour Beatty has admitted unfairly dismissing McArthur, but denies behaving illegally or fraudulently over the contract and says it fully disclosed the facts to the Welsh assembly once “senior managers” became aware of them.

McArthur’s lawyers, Stephens Scown, says he realised his employer would be making greater profit from the work than it had submitted to the client.

In a statement Stephens Scown said Balfour initially informed the client, the Welsh government, that its total profits on the scheme would be 3.3% but didn’t submit the lowest quotes it received from sub-contractors in its tender, meaning it would have in fact made a 7.34% profit on the job.

Stephens Scown added that McArthur also concluded that Capita, which was appointed as cost consultants on the project, was deceived by Balfour’s submitted profit figures.

McArthur raised concerns through the firm’s internal whistleblowing procedures, but claimed he was subsequently bullied.

McArthur resigned from his job in February 2015 and began a case of constructive dismissal against Balfour Beatty through the employment tribunal courts in Bristol.

The Callaghan Square scheme was eventually cancelled by the Welsh government after it failed to find a sole or anchor tenant for the speculative office scheme.

Balfour Beatty admitted McArthur’s claim in November 2015, days before the public hearing was due to start, and the compensation judgement of £137,000 was handed down by the court just before Christmas.

In a statement, Balfour Beatty admitted liability and said: “We accept that we failed to properly support our employee following concerns he raised, which resulted in him feeling it was necessary to resign.”

The statement added: “We will use the lessons learnt from this experience to provide better support to our employees in the future.”

Balfour said it did not “behave illegally or fraudulently” in relation to the project, and that once senior management were aware of the facts, it “provided full disclosure to the Welsh Assembly.”

Terry Falcão, employment law partner at Stephens Scown, said: “This case clearly underlines that even though many companies have whistleblowing hotlines and model policies and procedures in place, it remains very difficult for employees who speak out.

“They need to be prepared to endure much difficulty and stress, and will sometimes be met with outright hostility. It is not enough for companies simply to have nice-looking whistleblowing policies in place.

“They need to ensure that the policies are actually followed and that their employees and management at all levels of the business understand them, why they are necessary and adhere to the spirit of them.  Otherwise the policies are not worth the paper they are written on.”