Work to start next year

Balfour Beatty has been named preferred bidder for the development of a £130m student village for Royal Holloway, University of London.

Under a 50 year concession, Balfour Beatty will design, build, finance and operate a new 1,400-room student village at Rusham Park in Egham, Surrey. 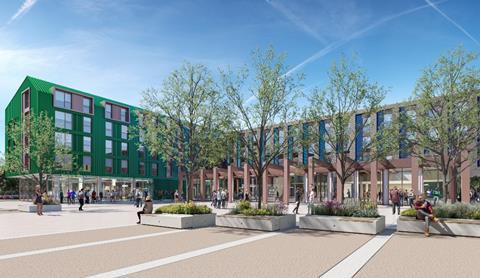 In addition, the company will operate the existing 621-bed George Eliot student accommodation complex in London.

The contractor is partnering with Student Living by Sodexo for the job.

As part of the £130 million design and build phase of the project, Balfour Beatty will use modern construction methods such as the offsite manufacturing of the external walls, floors and bathroom pods.

The firm has also said energy efficient systems, such as air source heat pump technology, would be used on the project to help meet sustainability targets.

Construction will start early next year, with completion scheduled ahead of the 2024/25 academic year.