A prestigious £25m Balfour Beatty office job in the City of London is running three months behind schedule, Building can reveal.

The planned completion date for the 90,373ft2 job at 67 Lombard Street has been pushed back from December to March, client Viridis Real Estate said.

The GMW-designed development is a heavy refurbishment of a thirties office building in a prime location 100m from the Bank of England.

Balfour Beatty is extensively refurbishing the building and constructing a glass and steel extension above, while retaining the red brick facade.

A Balfour Beatty spokesperson said: “Historically, we encountered some challenges during the demolition phase of the project but we are now focused on completion to the revised programme.”

The demolition contractor on the job, McGee, was unavailable for comment as Building went to press on Wednesday (5 February). Viridis said it had not yet started marketing the speculative development to potential office occupiers.

The 67 Lombard Street building is a former bank building and contains a sub-basement with old bank vaults. 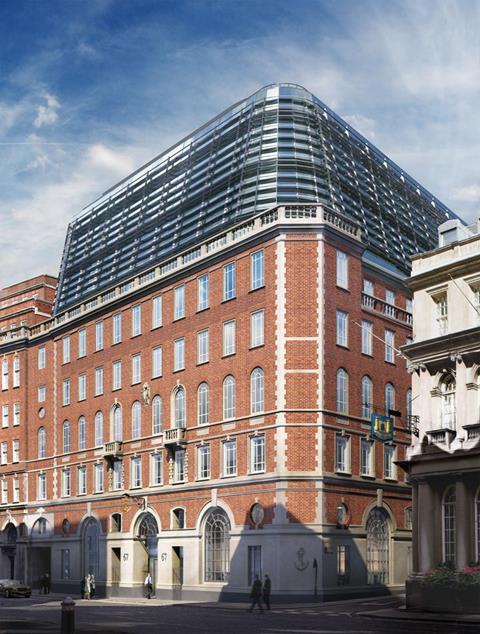