Balfour Beatty said its UK construction business was on track to hit targeted margins this year, in a trading update this morning.

The country’s biggest contractor said the UK construction arm, which has been blighted by losses on problem London residential jobs, was in line for margins of 2% to 3% for the year with overall performance of construction in line with expectations, although its Hong Kong Gammon business was still being hit by covid-19 restrictions. 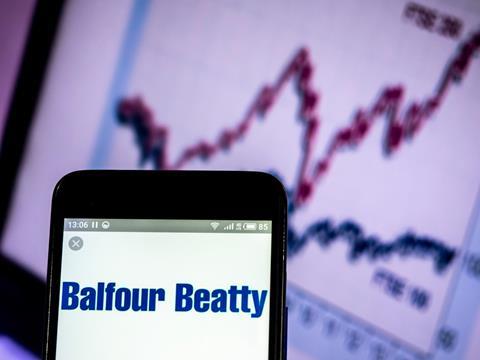 It said margins from its power, road and rail maintenance business were in line with its target of between 6% and 8%.

Balfour said it would begin to offload some of its infrastructure assets later this spring and in the second half of the year.

At the end of March, the group’s order book was £15.6bn with average monthly net cash increasing to around £800m in the first four months of the year.

The firm will release its interim results on 17 August.