Help will include overdraft extensions and payment holidays 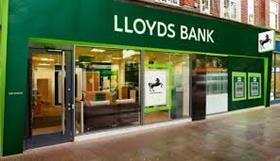 Banks have agreed to set up emergency funds to help out small businesses caught up in the Carillion collapse.

Earlier this week, banks moved to head off criticism they were putting the squeeze on Carillion’s suppliers by agreeing to introduce a raft of emergency measures to help them cope with being left out of pocket following a meeting with business secretary Greg Clark.

Industry leaders representing small companies had complained that banks were tightening access to cashflow in an attempt to protect themselves from being exposed to subcontractors going bust.

Now Lloyds has said it has earmarked £50m in help which will include fee-free overdrafts and capital repayment holidays on loans for an initial six month period.

RBS, one of Carillion’s main banks and the subject of criticism from its interim chief executive Keith Cochrane earlier in the week over its reluctance to stump up new cash to help keep it going, said it has set aside £75m for payment holidays and help for firms who max out their overdrafts.

Overdrafts will be increased by 20% for three months, the bank said, while it has introduced three month capital repayment holidays on all loans.

HSBC has also pledged similar measures in a £100m fund.

Banks are part of a taskforce of businesses and construction industry trade bodies that met with the business secretary yesterday afternoon to discuss ways to contain the impact of Carillion’s implosion on the wider economy.

A spokesperson for the business department said: “We have created a taskforce to continue to support and monitor the impact on small businesses and employees who have been affected by Carillion’s insolvency.”

The taskforce will also include trade unions and government.