Beard has been appointed to replace two toll houses for the Clifton Suspension Bridge which spans the Avon gorge near Bristol.

The bridge itself is grade I-listed and has operated toll booths to fund its maintenance since its opening in 1864.

The firm will replace the 1950s toll booths on the Clifton side, and a 1970s extension to a Victorian booth on the Leigh Woods side. The original toll house will be refurbished.

The new spaces will provide better amenities and facilities for bridge attendants.

Beard was appointed by the Clifton Suspension Bridge Trust, which has operated the crossing since 1952.

The contractor, which enjoyed a £144m turnover in 2017, is based in Swindon but opened a Bristol office five years ago.

Construction will begin this month and end in August 2019. 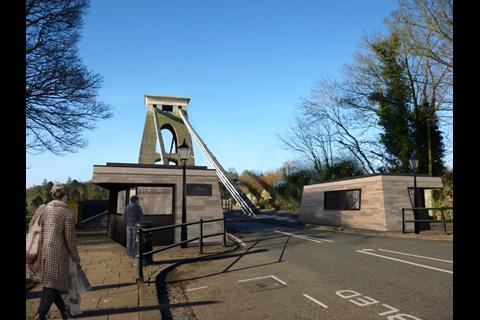 Artist’s impression of the new toll booths on the Clifton approach to the Bridge. Credit: Purcell 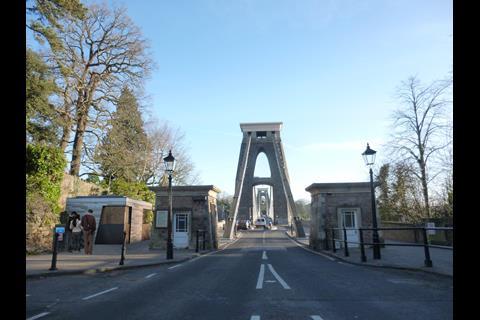 Artist’s impression of the new toll booth and refurbished Victorian toll houses on the Leigh Woods approach to the Bridge. Credit: Purcell