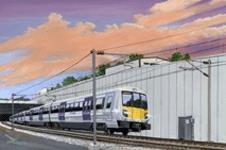 Mike de Silva has been recruited by US engineer Bechtel, which is acting as the client’s delivery partner on the cross-London link.

De Silva was an associate of Davis Langdon’s management consulting arm, and was involved in the firm’s own Crossrail bid. He will take up his role in Crossrail’s sustainability team on 7 September. His previous roles in the infrastructure sector include environmental manager on the Channel Tunnel Rail Link.

The move is part of a trend in the industry of clients working in relatively buoyant areas poaching staff from consultants, many of whom have had to cut wages. Turner & Townsend is understood to have lost a member of its health and safety team to Tesco in recent weeks and, in June, Jim O’Neill, Currie & Brown’s head of nuclear work, moved to Rolls–Royce.

John Connaughton, head of management consulting at Davis Langdon, said: “Mike’s extensive experience in the infrastructure sector means he is ideally placed to play a major role in improving the sustainability of a major project like Crossrail. We wish him every success.”