The 2008 Olympics may not have scored a perfect 10 on sustainability, but it has achieved some impressive green innovations - and will be a hard act to follow 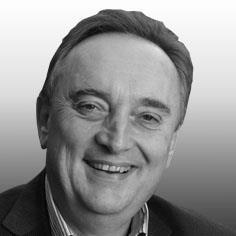 In the run-up to the Beijing Olympics, there was no shortage of criticism on the sustainability front - thousands of people were displaced to build the Olympic Park, while the smog, algae, choking traffic and alarming increase in demand for energy were all pointing to an environmental disaster. However, there is a positive sustainability story to be told here, and many lessons to be applied to London 2012.

Beijing has a much publicised air-quality problem. The efforts to resolve this issue during the Olympics received some cynical press in the UK, but measures to manage air quality in the city have been in place for seven years with some success given the phenomenal increase in car use during that time. All cars are monitored for emissions and the decision to ban vehicles not complying with Euro 3 standards (Euro 4 after 2008) will be adopted permanently.

The Beijing Metro is highly efficient and mercifully air-conditioned. The capacity of this system has risen from 1.57m passengers per day to over 3m during the Games. Ticket prices for the public transport system have been reduced for the Olympics, and free transport is provided to ticket and pass holders. The low prices will continue to be in effect after the Games.

The Athletes’ Village tells an even better story. The village and park are zero-emissions zones, with over 500 buses and cars powered exclusively by electricity or fuel cells operating there.

There is a positive sustainability story to be told here, and many lessons to be applied to London 2012.

The whole Olympic development is on a massive scale - everything is four times the size of the London proposition. The Beijing team did not consider embodied energy (the energy required to manufacture and supply a product or service) in the way that London will, so there is no opportunity to compare. However, 1.2m to 1.5m tonnes of CO2 have been saved through energy conservation projects and renewable energy. All buildings are constructed to high efficiency standards, and the Athletes’ Village proudly displays a LEED gold award from the American Institute of Energy.

The most innovative approach to energy conservation can be seen at the Water Cube, where the “air pillows” constructed from ETFE plastic for the outer walls permit natural lighting through their adjustability. They provide passive heating for the pool and allow pre-heating or cooling to ensure optimum energy conservation. Even the seats inside the venue are able to transmit body warmth to help heat the pool. I am gratified to learn that my bottom has helped to save the planet!

Extensive use has also been made of renewable energy, including solar heating and PV, ground and air-sourced heating and cooling. Some 27% of energy has been supplied by renewable sources. This is greater than the London 2012 target of 20%, but does not take into account the London plan to use large-scale CHP (combined heat and power), which Beijing has not had.

In terms of ecology and environmental protection, the Beijing authorities have invested over £10bn in environmental infrastructure for the Games. This is in evidence everywhere, from extensive rainwater collection at venues including the iconic Bird’s Nest Stadium, to the development of the Friendship Park to the north of the Olympic Park. This is a 680ha area of woodland and water for the public to enjoy for years to come.

Even the seats inside the Water Cube are able to transmit body warmth to help heat the pool. I am gratified to learn that my bottom has helped to save the planet!

The bad news? It is not all a success story. The vast scale of the Olympic development in Beijing has been hugely energy and resource intensive. London’s less ambitious plans and careful attention to embodied energy impact will improve this situation.

The biggest disappointment for me is the lack of planning for the Athletes’ Village legacy. The village is now a haven of peace and tranquillity, with trees and running water everywhere. However, the four-lane highway that runs through the middle of the village - and has so far seen only the occasional hydrogen-powered bus - will soon be choked with traffic. And the broad paths that support a trend for athletes to whizz around on little electric “go-peds” have already been marked out for parking spaces.

All in all, I have been inspired by my experience at the Beijing Games and enchanted by the Chinese people. They have given us a hard act to follow.