Belfast firm Portview has won a £24m fit-out contract at the new London College of Fashion in Stratford.

The scheme for the University of the Arts London (UAL) has been designed by Allies and Morrison.

UAL’s existing London College of Fashion site is at John Prince’s Street just off Oxford Street and will move in once it is finished in 2022. 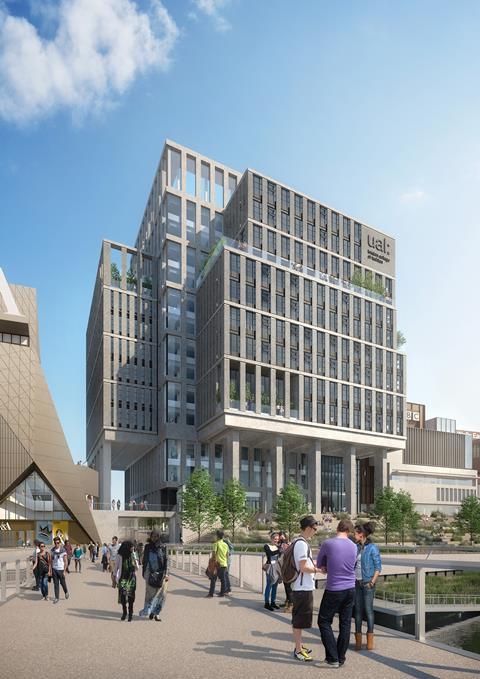 The job is currently under construction at the Olympic Park’s £1bn Stratford Waterfront development,

The building’s structural frame, cores and roof works are being carried out by Laing O’Rourke subsidiary Expanded.

The wider Stratford Waterfront development, which is being project managed by Mace, includes new sites for Sadler’s Wells Theatre, the BBC and the Victoria & Albert museum.

Other high-profile jobs the firm has worked on in the capital include Arsenal’s Emirates stadium and Wembley stadium’s Number Nine Club.