The author of a Chinese offer to build HS2 for a multi-billion pound budget saving was authorised by the bidding firm, China Railway Construction Corporation, to make the approach, according to documents seen by Building.

In March last year Building reported details of an offer made by the firm, one of the largest builders of high-speed rail lines in the world, to finance and construct HS2 within five years for close to the original budget of £56bn. 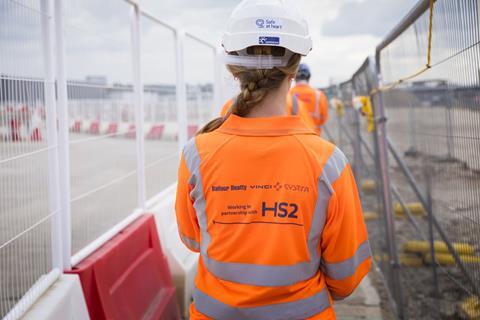 The offer was made in a letter to HS2 chief executive Mark Thurston, and signed by Dato T.G. Ong, an authorised intermediary.

While the UK government confirmed that HS2 had received the offer, the Chinese ambassador to the UK, Liu Xiaoming, a month later denied any offer had been made, and CRCC was reported to have posted a statement on its website stating that the company “knew nothing about the letter”.

However, while Building understands the offer is no longer on the table, it has seen documents signed by Kong Lingjian, describing himself as president of the CRCC 16th Bureau, authorising Dato T.G. Ong to act on CRCC’s behalf. Liangjian was listed in CRCC’s 2014 accounts as the legal representative of the CRCC 16th Bureau – the firm which Building reported made the HS2 bid.

The letter, dated January 2018, says: “We hereby wish to confirm that Dato T.G. Ong is our appointed representative for our company, in relation to facilitating the negotiation and procurement of infrastructure projects on behalf of the company.

“Your full cooperation rendered towards Dato T.G. Ong is very much appreciated.”

The offer to build HS2 within five years caused a political storm when revealed by Building last year, prior to the onset of the coronavirus pandemic. Transport secretary Grant Shapps said there had been confirmed contact between HS2 and CRCC.

However, after the offer was made, relations between China and the UK soured, especially on questions over the plight of Uighur Muslims in China, the state’s transparency over its handling of the covid-19 pandemic and a deepening crackdown on political freedom in Hong Kong.

In the original letter to HS2 chief executive Mark Thurston last year seen by Building, the CRCC division named 16th Bureau Ltd had said it was prepared to make a “turnkey” offer to build the whole project within five years for a fixed price “significantly lower than the projections we have seen”, while delivering 420kph line speeds and financing “up to 80% of the project value”.

But, according to a source with knowledge of the offer, the firm was told by Thurston late last year that phase 1 of the project was too far advanced to consider alternative approaches and that it should instead consider going into a joint venture with UK contractors if it wanted to work on the job.

Apparently responding to this, the CRCC letter added: “We are happy to work with HS2 and, if necessary, the British government, to find a way to make this work. The advantages are, in our opinion, too great to dismiss on the basis that there are obstacles to overcome.”

The first phase of work on HS2 was given the green light last February with construction getting the OK in April.

Both CRCC and the Chinese Embassy did not respond to requests for comment.