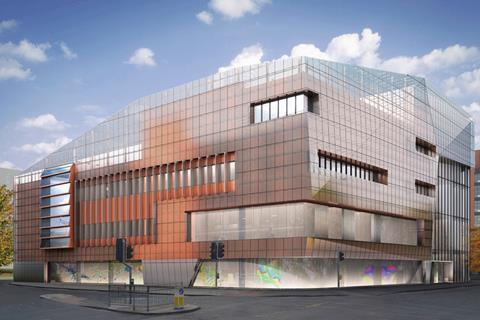 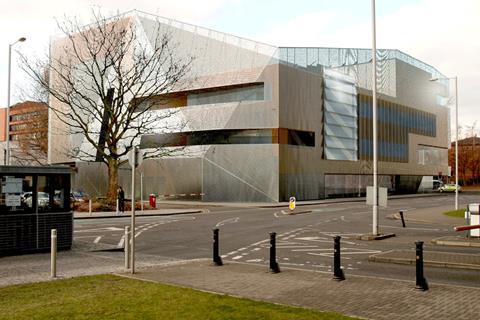 Bam Construct, Vinci, Laing O’Rourke and Morgan Sindall are expected to be among seven firms to be invited to bid to build Manchester university’s high profile £61m research institute into the ‘wonder material’ graphene.

Firms understood to be in the running include Vinci, Bam Construct, Laing O’Rourke and Morgan Sindall, among others.

The National Graphene Institute, designed by architect Jestico + Whiles, will be dedicated to finding commercial uses for graphene, which was discovered by Manchester’s Nobel prize winning scientists Professors Andre Geim and Kostya Novoselov.

This week the University of Manchester unveiled the designs for the 7,600 square metre institute (pictured), which will feature a 1,500 square metre research lab for graphene scientists to collaborate with their colleagues from industry and other UK universities.

Work is set to start on site in March and is expected to be completed in early 2015.

Forty global businesses have already held talks with the University of Manchester about the possibility of locating at the institute, with IBM, BAE Systems, Samsung and Siemens among those to have expressed an interest.

This week figures compiled by a UK-based patent consultancy, CambridgeIP, highlighted how Britain may be falling behind its rivals in the development of graphene, with just 54 patents taken out in the UK for use of graphene compared to 2,204 taken out in China and 1,754 in the US.