The first section of the striking facade for the Mecanoo-designed £189m Birmingham library was fitted into place on Wednesday.

The overlapping circles within the facade are designed to invoke the gasometers, tunnels, canals and viaducts that fuelled Birmingham’s industrial growth. Carillion began construction of the scheme in 2010 after a seven-year struggle by the city to build a new library. The 10-floor building on the city’s Centenary Square is due to open in summer 2013. 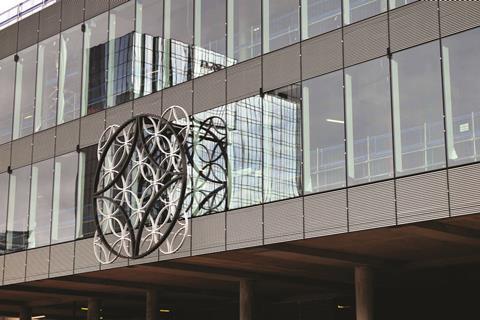 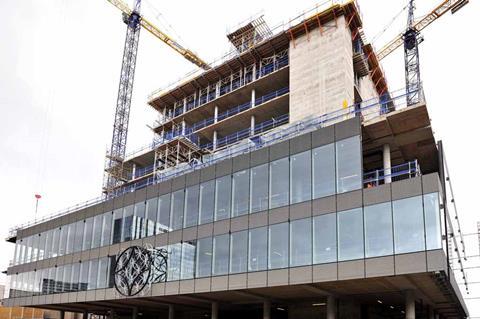 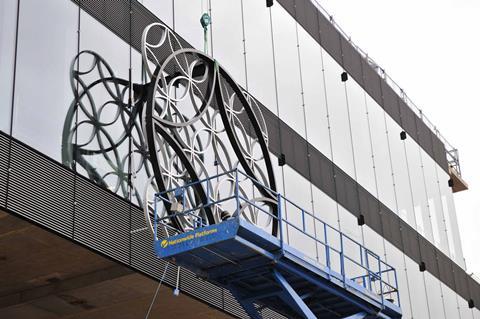