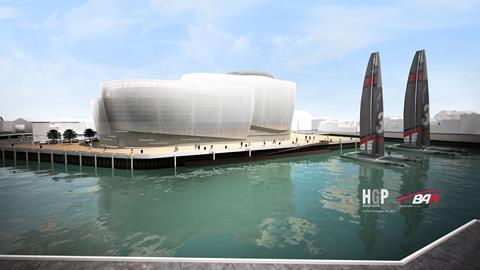 According to local media, work on the HGP Architects dseigned building was stopped after an unexploded bomb was found at the site in Portsmouth at 3.30pm yesterday.

Police cordoned off the area and the Royal Navy bomb squad was called in to safely remove the shell.

The cordon was eventually lifted at 5.30pm.

Local resident Frances Wyatt told the Portsmouth News: “I went to get the bus and the police said there’s been an unexploded bomb found.

“I’ve been coming down here for years and never had that happen before.”