One of the founders of Mace’s cost consulting business is leaving after more than 20 years with the firm.

Staff were told last week that managing director Steve Mason is going at the end of the month after first joining Mace in 1998. 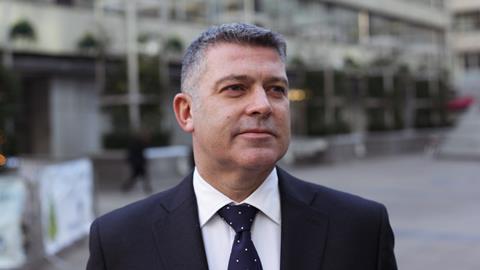 The 52-year-old was one of a number of people, which included former Gardiner & Theobald partner Chris Goldthorpe, who helped set up its cost consultancy business in 2004.

Chief executive of the business Jason Millett said: “Steve’s commitment, passion and dedication to Mace have been instrumental in growing our cost and commercial consultancy business. He’s leaving a real legacy. After two decades with Mace, we wish Steve all the best in the next stage of his career.”

Schemes Mason worked on included the London 2012 Aquatics Centre, designed by Zaha Hadid and built by Balfour Beatty, and British Land’s 5 Broadgate scheme, the UBS headquarters building in the Square Mile designed by Make and built by Mace.

Mason is the second director at Mace to be leaving in three months with Matthew Darby joining Gleeds as a senior director in August after nearly 15 years at the business.

Earlier this year, Millett told Building that the consultancy arm has been given a £500m turnover target by 2026 as part of wider group plans to get turnover up to £3bn from its current £1.7bn.

Millett added that he expects to recruit another 1,300 staff to the firm’s payroll, of which half will be from the UK, taking worldwide numbers to around 4,000. This will be half of the group’s planned 8,000 staff by 2026, with current numbers for the group standing at around 6,000.