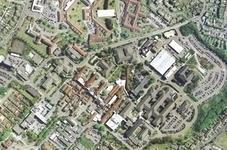 Bovis Lend Lease has dropped out of the Southmead PFI hospital bid in Bristol.

The Bovis led-Catalyst consortium withdrew its bidding application due to unsatisfactory design plans.

A pokesperson for the Catalayst consortium at Bovis Lend Lease told Building the design wasn’t sufficiently developed to continue the bid.

He said: “We have been in the business long enough to be pragmatic about bidding, so we took the commercial decision to withdraw.”

The project will redevelop Bristol’s Southmead hospital into the country’s first PFI clinic.

Bovis’ withdrawal leaves Carillion and Skanska as bidders for the project, which is due to finish in 2013.