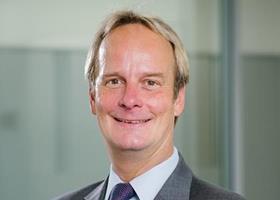 White will replace Chris Earnshaw who joined at the beginning of 2014 after a career spent in the telecoms sector.

White (pictured) is a non-executive director of housing association Hyde and is also chairman of MoD technology business Ploughshare Innovations.

He was previously UK chief executive of Dutch bank Insinger de Beaufort before it was bought by French giant BNP Paribas in 2008 while before that he was in charge of running Barclays’ high street branches in the UK.

The BRE is owned by the BRE Trust and its chair Sir James Wates said: “[White] brings extensive board and business experience which will be an asset to our profit for purpose agenda.”

White starts his role at the end of next month.