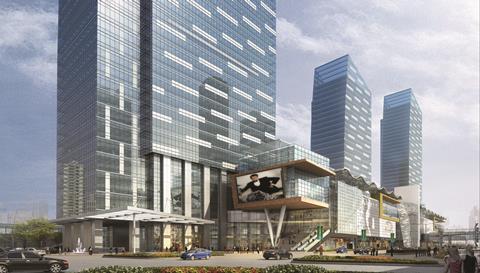 The Wuhan Tiandi development has become the first in China to be awarded a BREEAM certificate.

The development by Shui On Land, which is not due to be completed in 2016, has been given a “very good” rating under the scheme for its 57,000 m2 retail component.

The developers received their award earlier this month at Ecobuild China.

The mixed use development, which has been masterplanned by US architect Skidmore, Owings and Merrill, will have a total floor area of 1.5 million m2 and will cost around £1bn to build.