A Conservative victory in the general election is unlikely to be UK construction’s “silver bullet”, according to the latest Mace tender cost update.

The survey reported material price inflation slowing to 1.7% in the fourth quarter, the lowest rate for three years. “But this is where the positivity ends,” it added.

Despite Boris Johnson winning a large majority in yesterday’s general election, Mace warned that further uncertainty around the UK’s departure from the EU would drag down tender pricing, particularly since negotiating an orderly Brexit next year might well prove more difficult than some expect. 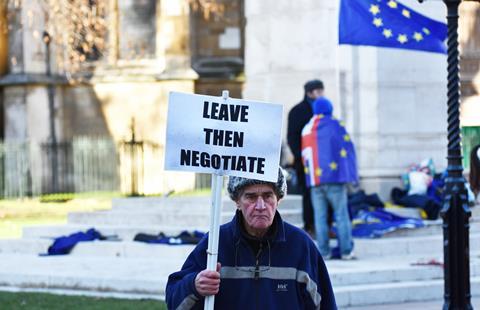 “Most commentators expect reaching a trade deal with the EU will take longer than a year and as such there is potential for another cliff-edge no-deal Brexit to emerge.”

But he warned that, while the slowdown in material price inflation offered the industry some respite, this was being off-set by rising labour costs and subsequent pressure on supply-chain margins.

“Against the backdrop of this mix of contrasting and often conflicting economic and market performance data, we expect only a limited increase in tender prices next year and have maintained our forecasts with our predictions in the last quarter,” he added.