Brickonomics: I see no upswing in these construction output figures 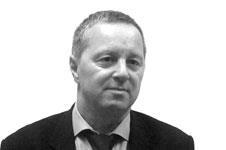 So its official – the construction recession isn’t as bad as we thought. And the even better news is that the sharp fall in output at the start of this year wasn’t anywhere near as sharp as last quarter’s figures had suggested.

That at least is how the national statisticians might have us see it.

The official figures for construction workload show a jump of 2% between the second and third quarters of this year. Workloads were boosted, the figures suggest, by a massive 10% leap in the repair and maintenance sector, which offset a fall of 4% in new work.

Click on Brian Green's Brickonomics blog to read the rest of this article.