British Museum: Depths of the past 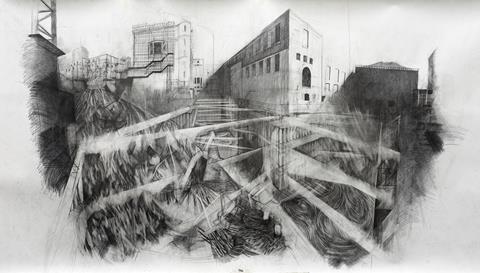 British Museum artist-in-residence Liam O’Connor has been recording the construction process at the World Conservation and Exhibitions Centre site at the London museum since work began in 2010.

Due for completion in late 2013, the Rogers Stirk Harbour + Partners-designed building is expected to open in spring 2014.

O’Connor said: “The excavation has been the most mesmerising process to watch and the one that has brought about the most dramatic change.”

Mace is the construction manager on the job.