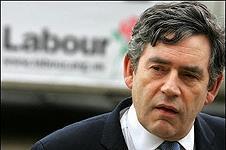 The Construction Products Association has called on the government to “turn rhetoric into reality” after prime minister Gordon Brown said it would use public capital investment to create 100,000 construction jobs.

The comments follow an announcement by Brown that the government will build more schools, hospital and infrastructure in a bid to create 100,000 extra jobs and stave off the recession.

Brown said yesterday that the benefits would come through public investments in “our capital investment programme.”

However, it was unclear whether the comments represented any further commitment beyond the £3bn of extra investment in public works announced at the time of the Pre-Budget report in November.

Michael Ankers, chief executive of the CPA, said: “Over the last few months announcements have been coming thick and fast from the government heralding major construction spending on schools, hospitals, infrastructure projects, and social housing. The problem is we have yet to see any of these aspirations turned into reality on the ground, and this at a time when long-standing public sector construction programmes are well behind schedule.”

He added: “What we need is less political rhetoric and more direct action to get these programmes moving.”

Brown said yesterday that he wanted to “show how we will be able to, through public investments and public works, create probably 100,000 additional jobs over the next period of time in our capital investment programme - schools, hospitals, environmental work and infrastructure, transport.”

He added that it was first important to work out how to ensure the banks continued lending to small businesses and mortgages. “Our responsibility is not to walk by on the other side,” he added.