The UK’s highest swimming pool on top of a commercial building could be built in the centre of Manchester, after a local developer submitted plans for an 18-storey office building.

The Alberton is being developed by Bruntwood Works, the workspace, retail and leisure arm of the Manchester-based Bruntwood Group.

The focal point of the development is a rooftop holistic wellness centre, which includes a performance lap pool, a hydrotherapy vitality pool, hot and cold treatment rooms, fitness studios, yoga terraces, a physio room and changing and shower facilities. 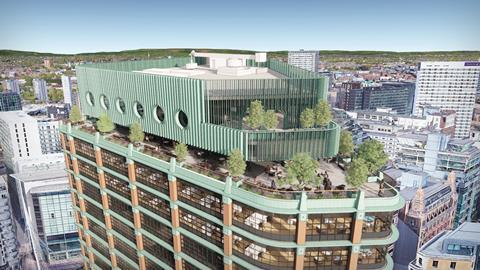 Plans for the new building, drawn up by EPR Architects, also include a panoramic roof terrace on the 17th floor, as well as a gym and a food and drink outlet.

Ciara Keeling, the chief executive of Bruntwood Works, said: “We understand that the way we work and live has changed for the long-term, so we wanted to give our customers a space that suits their changing needs and helps to promote a working environment where they can thrive professionally, but also personally.”

>>> This is Manchester: What’s behind the city’s building boom?

The Alberton would replace Alberton House, a 1960s office building which would be demolished in order to make way for the new building – the developers claim the existing building is not energy efficient. 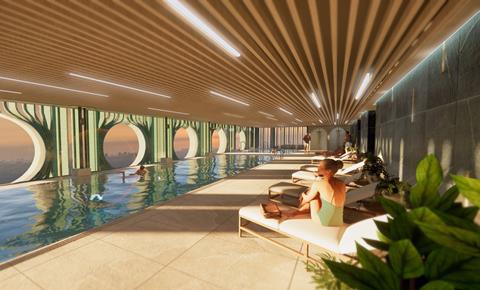 The plot, which is the site of the first Manchester gas works, sits within the city council’s St Mary’s Parsonage Strategic Regeneration Framework, which includes the redevelopment of the grade-II listed Kendal Milne building.