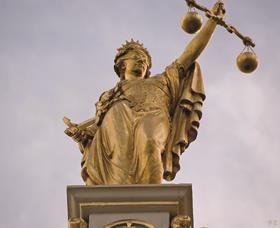 A Leicestershire builder has been fined after a worker suffered “life-changing” injuries after falling six metres while repairing a second floor window.

Builder Peter Steans was fined £4,000 for health and safety breaches after the Health and Safety Executive found his worker’s fall could have been prevented.

The 50-year-old worker, who has asked not to be named, suffered head, spine, pelvis and wrist injuries after falling while repairing a wooden window frame in Hallaton, near Market Harborough in Leicestershire on 14 September 2012.

The worker fell while descending a ladder. The HSE found a suitable tower scaffold was on site and should have been used.

Peter Steans pleaded guilty to breaching Work at Height Regulations 2005 at Leicester Magistrates’ Court and was ordered to pay costs of £353 in addition to the fine.

HSE inspector Tony Mitchell said: “The injured man had to use a walking frame and was unable to climb stairs for five months. He will never be able to return to his normal job, yet the incident and the life-changing injuries it caused could have been prevented.

“There was suitable equipment on site and Mr Steans, as the contractor in control of the work, had a duty to make sure it was put in place for use. Builders should not think that just because they use casual workers, they are not responsible for their safety. If you are in control of the work then you will be held accountable should things go wrong.”