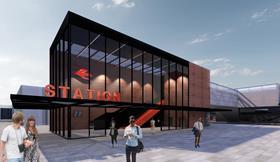 Barnet council is eyeing up contractors for a £40m job building a new rail station on the Midland Main Line and Thameslink routes.

The project is one of several forthcoming under the council’s £4.5bn regeneration scheme, which will include work to modernise Brent Cross shopping centre in north-west London.

The Brent Cross West station has outline permission but a contractor is needed to design, build and commission the station before handover in May 2022.

When opened, the development will link users to King’s Cross St Pancras in under 15 minutes.

Firms have until 4 March to register their interest with Barnet council.